What’s the Difference Between Sea Salt and Rock Salt?

When researches say that microplastics have been found in commercial salt originating from different parts of the world, which are they referring to — sea salt or rock salt? What’s the difference between the two anyway?

The difference between sea salt and rock salt

The earth as we know it today didn’t look the same millions of years ago. What used to be seas have dried up and are now covered with rock and soil. We know them today as subterranean or underground salt mines which have enough rock salt to supply man’s needs for the next so many centuries. So says a documentary on TV recently (Discovery Channel, if I remember correctly) which showed the locations of the largest underground salt mines in the world.

Did I say these salt mines can supply mankind with rock salt for the next so many centuries? Yes, rock salt; not sea salt. There is a difference. Sea salt is made by drying out sea water.

So, the cheap rock salt sold in markets comes from the underground salt mines. The more expensive sea salt that we find in gourmet shops comes from the sea. Chemically, there’s not much difference as they are both more than 99% sodium chloride.

That’s sea salt sprinkled on the fish in the photo. We bought a bag just to try it out as some claim there is a difference in “mouth feel” although I can’t say that I’ve noticed.

There are also claims that because salinity and presence of other minerals vary from sea to sea, the flavor of sea salt differs depending on which sea water the salt was dried out from. I’ve only tried one bag of sea salt so I can’t comment on the difference of flavors. If that makes me ungourmet, never mind.

Now then, sea salt… rock salt… where does table salt fit in? And kosher salt, for that matter?

What is table salt?

In its most common meaning, table salt is refined rock salt. If iodine is added, it is iodized salt. During the term of President Fidel Ramos, one of his projects was the marketing of cheap iodized salt for the benefit of communities that have little access to food that are naturally high in iodine (i.e., seafood). Iodine, according to studies, helps prevent thyroid problems, and even mental retardation and low I.Q.

If both iodine and iron have been added, it is double-fortified salt.

What about kosher salt?

The grains of kosher salt are not as fine as that of refined salt but they are not as large as rock salt either. Kosher salt grains are rather flat. Aside from the shape and size, is there any other significance? Note these two conflicting claims.

First from the Food Network.

Kosher salt takes its name from its use in the koshering process. It contains no preservatives and can be derived from either seawater or underground sources. Aside from being a great salt to keep within arm’s reach when you are cooking, it is particularly useful in preserving, because its large crystals draw moisture out of meats and other foods more effectively than other salts.

The second is a “citation needed” paragraph from Wikipedia.

The term “kosher salt” derives not from its being made in accordance with the guidelines for kosher foods as written in the Torah (nearly all salt is kosher, including ordinary table salt), but rather due to its use in making meats kosher, by helping to extract the blood from the meat. Rather than cubic crystals, kosher salt has a flat platelet shape. This is done in some salts by adding yellow prussiate of soda (sodium ferrocyanate). Because kosher salt grains are larger than regular table salt grains, when meats are coated in kosher salt the salt does not dissolve readily; the salt remains on the surface of the meat longer to draw fluids out of the meat. 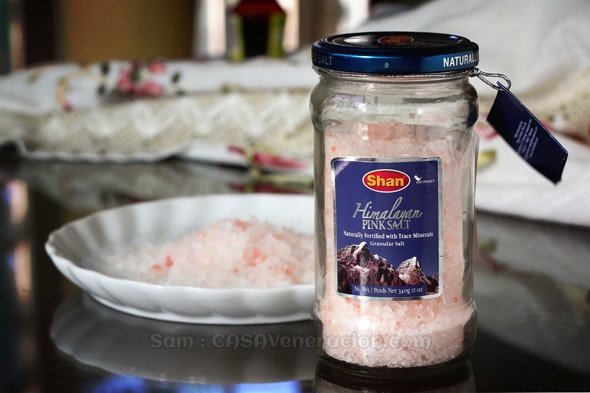 I first heard about Himalayan pink salt in a cooking show. Some chef was raving about its gourmet qualities. I can’t remember which show and which chef but my interest was piqued. Two reasons.

First, the color. I love pink.

Second, the Himalayas. Ever since I read James Hilton’s Lost Horizon back in high school (or was it in grade school?), anything connected or associated with the Himalayas evoked a sense of mystery.

The idea of cooking with pink salt amused me although it was more like a fantasy than an idea. The way the chef in that forgotten TV show talked about Himalayan pink salt, I got the impression that it was hard to find and, most probably ultra expensive.

Does Himalayan pink salt magically transform a home cook’s creation into a gourmet delight? I don’t know—yet. I haven’t used the Himalayan pink salt for cooking—I’ll let you know how it turns out. But information I have gathered about it makes it more promising—it just might be something more than a snobbish chef’s claim.

First of all, Himalayan pink salt is just a marketing term. It’s really just sea salt harvested from a salt mine in Pakistan, some 300 miles from the Himalayas. It is pink because of iron oxide, the exact scientific explanation I sure as hell can’t explain neither to you nor to myself.

What makes Himalayan pink salt special is that it is a full-spectrum salt. Meaning? At the point of harvest, salt contains some 84 minerals. A natural occurrence. Whether the salt was harvested from Pakistan, the Mediterranean or some other place, sea salt has all those 84 minerals. One thing that may make Himalayan pink salt a cut above other sea salts is that, based on its location, it is untainted by environmental pollutants.

On the other hand, table salt (a.k.a. refined salt) has been dried at extremely hot temperatures, a process which scrubs off a lot of the minerals.

In other words, unrefined salt is healthier than refined salt. But how do we know if a salt is real unrefined sea salt or counterfeit sea salt? Real sea salt is never crystal clear nor blazingly white. It’s unrefined, after all. Depending on the point of harvest, sea salt may be grayish, brownish or pink.

On a visit to The Vegetarian Kitchen last year, we were introduced to black salt. Black salt has the flavor of hard-boiled eggs. Seriously. And it really isn’t black. It’s pink with specks of black.

Unlike the Himalayan pink crystal salt, black salt is not a full-spectrum salt. In fact, it is a condiment rather than real salt because, to produce it, blocks of salt undergo a process that involves heating and the addition of spices. The salt blocks, blackened after prolonged heating, is then ground and the result is the pink powder with black specks. The heating process (which, naturally, transforms the chemical state of the minerals) and the addition of the spices give black salt its egg-y flavor.

A final caveat about black salt. There is another product that is also marketed as black salt.

Cyprus Black Lava flake salt is simply Mediterranean flake salt mixed with activated charcoal. The beautiful color is not the only benefit that the charcoal adds. It also gives it a unique taste and acts as a natural detoxifier. [Source]

The black lava salt, I have not seen much less tried.

For Manila folks, Himalayan pink salt and black salt are available at all three Indian stores at the Midtown Executive Homes along United Nations Avenue in Manila.

Too much salt information? There’s more.

Which salt is contaminated with microplastics?

According to National Geographic, “microplastics levels were highest in sea salt, followed by lake salt and then rock salt.”

Imagine that… And sea salt is so much more expensive as it is being marketed as a gourmet product.

And because sea salt is produced by exposing sea water to sunlight and air, a study says, “There are concerns over the potential transfer of water contaminants into sea salt after the crystallization and concentration process.”

If you’re talking of soy sauce or fish sauce, both are made WITH salt. So anything potentially dangerous in the salt will likely get transferred to the fermented product.

Some recommend ditching salt altogether and using herbs and spices instead to flavor food. But… guess what?

Microplastics have been found in tap water too. Herbs and spices comes from plants and plants cannot live without water. The question is whether the “debris” found in water gets transferred to the plants. Maybe, there’s be another study soon to cover that topic. 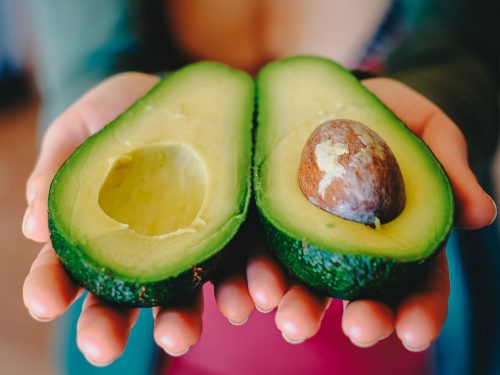 Avocados: how to tell when they are ripe and how to hasten ripening 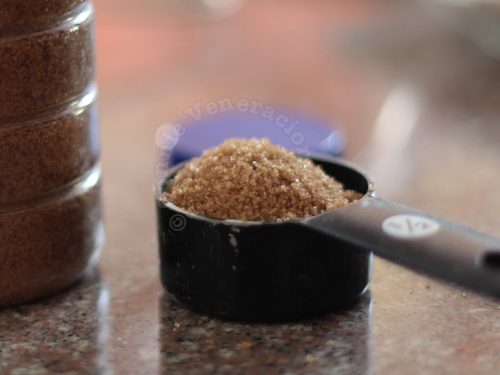 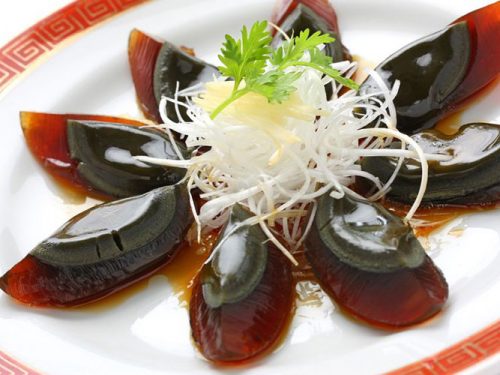 How to Eat Bánh Xèo, Bánh Khọt and Bò Lá Lốt Like a Saigonese

In Vigan, Mel-Sol Was a Disaster; Hotel Salcedo de Vigan Was a Dream

Singapore’s Penal System May Be Harsh, But…