I’ve cooked tom kha gai many time before the cooking class in Chiang Mai. But there’s nothing like learning from a Thai chef. That was when I realized that there’s a huge difference between good and great Thai chicken coconut soup.

What exactly did I learn in Chiang Mai about cooking tom kha gai?

Probably the most important thing is that adding coconut cream to chicken broth is not enough to make good tom kha gai. You need an arsenal to tips and tricks to make this iconic Thai soup.

The correct herbs and spices, the seasonings to make a good balance of flavors and the patience to create a good spice base. And when we talk about “correct herbs and spices”, we must understand the nature of each ingredient to know which can withstand substitutions and which you simply have to use or not cook the dish at all.

Let’s start with galangal. It looks a bit like ginger but the flavor is simply not the same. I used to think it was okay to use ginger if I couldn’t find galangal. Fresh galangal is not widely available in the Philippines, I used to make do with crushed galangal in jars and when even the latter was inaccessible, I simply substituted ginger.

Huge mistake especially when cooking Thai dishes like tom kha gai. After all, the name of the dish translates to chicken (gai) cooked (tom) with galangal (kha). Without galangal, the dish would be tom gai, not tom kha gai.

In the collage above, the dried galangal is on the top left. The other herbs and spices that you simply cannot ditch or insist on finding substitutes for are lemongrass, kaffir lime leaves, chili and cilantro. I wouldn’t even recommend substituting a portion of a large onion for the shallots because large onions are simply too bland.

So, you see, tom kha gai is what it is because it is a combination of so many ingredients that require care in preparation. If you have the ingredients and want to try making the soup, the recipe is below. 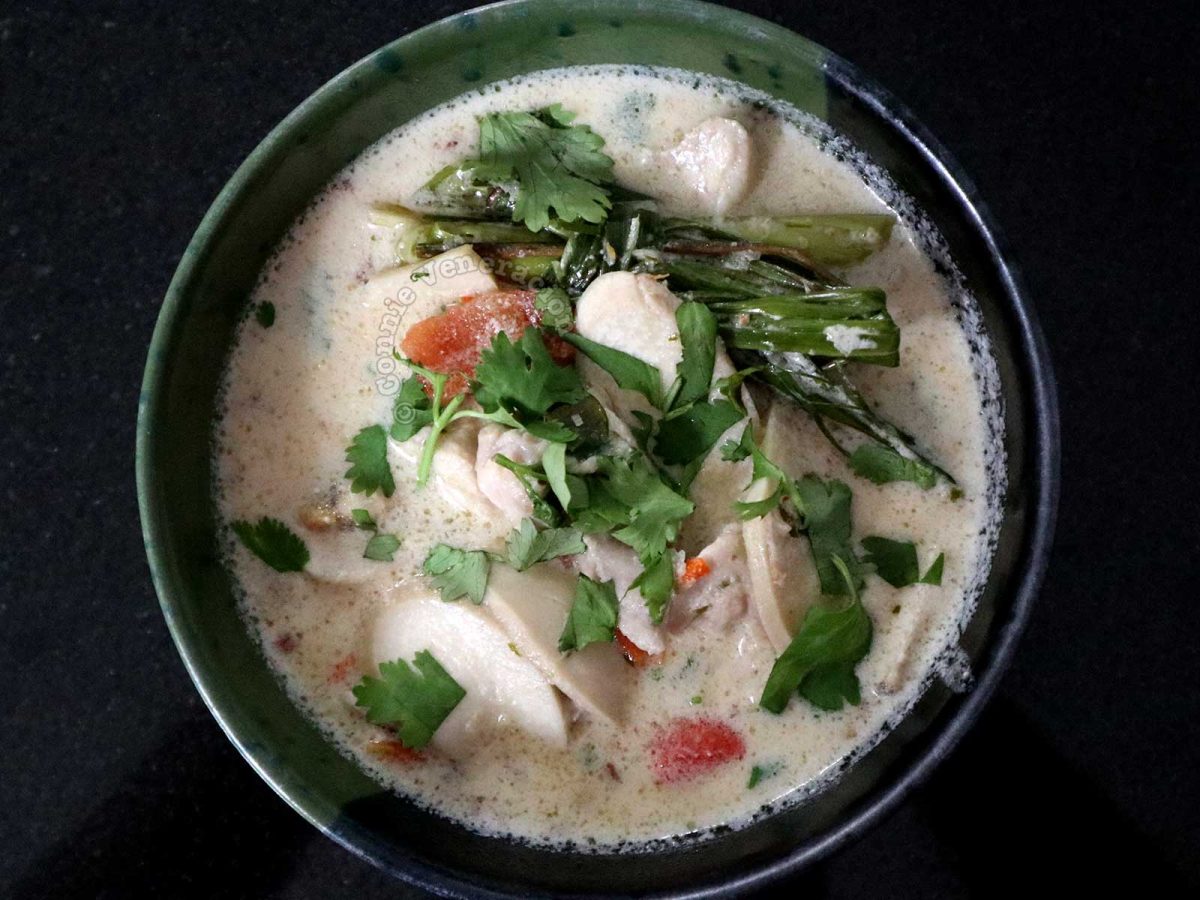 For the spice base

To make the soup

To finish the dish

Make the spice base 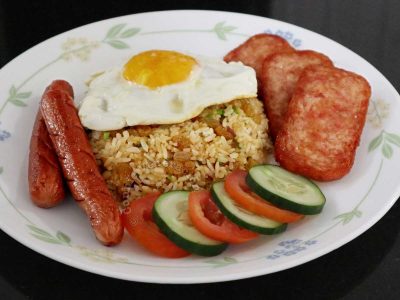 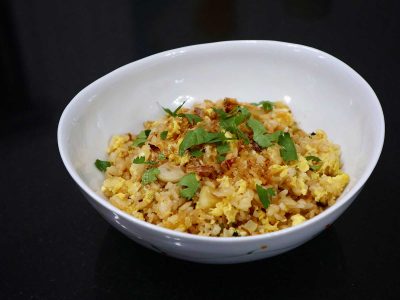