You are here: Home / All Recipes / Thai Pomelo and Lemongrass Salad

Oh, this salad is really phenomenal. And I’m not even a fan of salads. The addition of crispy fried fish makes it a filling and carb-free meal, if you’re into that kind of diet.

I’ve come across recipes for Thai pomelo salad on the web and nothing excited me enough to make my version. Then, we saw a two-episode show on the Asian Food Network and there was this chef adding chunks of fish to what I had always thought to be a fruit and herb salad. That did it for me. I was going to try it at home.

This salad has three components, and I will explain them one by one. Let’s start with the fish. It is, after all, the ingredient that made the salad appealing enough for me to try.

I used tilapia. One whole fish which was scored, salted and fried until golden and the skin was crisp. While it cooled — it’s a bad idea to handle it with the hands to remove the bones and break the flesh into chunks — the two other components of the salad were prepped.

Fish sauce, palm sugar and lime juice, finely sliced cilantro stems and one bird’s eye chili. The traditional way to make the dressing is to grind the sugar with the chili and cilantro into a paste then slowly drizzle in the fish sauce and lime juice to make a pourable mixture. I did not want to grind the chili because that would have made the dressing mouth-scorching hot, and my tolerance for hot food isn’t that high.

What is pomelo? Pomelo is a natural non-hybrid citrus native to Southeast Asia. The skin is green when the fruit is unripe then it turns yellowish as the fruit ripens. The pulp may be yellow or pink. Pomelo is NOT grapefruit.

For this recipe, I used three segments of pomelo which were just enough to make a salad for two people. Note that you may always use more.

The herbs that went into the salad are lemongrass (of course!) which was peeled to remove the fibrous outer layers then thinly sliced. A pair of kaffir lime leaves, ribs removed, was sliced as thinly as I could manage. For the leafy herbs, a combination of Thai basil, mint and cilantro.

Recipe by Connie Veneracion
Any fish, so long as it is fried until deeply golden and crisp on the surface, can be used in this recipe. And, just as a reminder, pomelo is not grapefruit. Do not substitute because grapefruit leaves a bitter aftertaste.The yield of this recipe is for two people if the salad is served as a starter course or a snack. If serving as a main course (yes, it is filling), double the amount of ingredients to serve two.
Prep Time 10 mins
Cook Time 10 mins
Total Time 20 mins
Course Main Course, Salad
Cuisine Thai
Servings 2 people 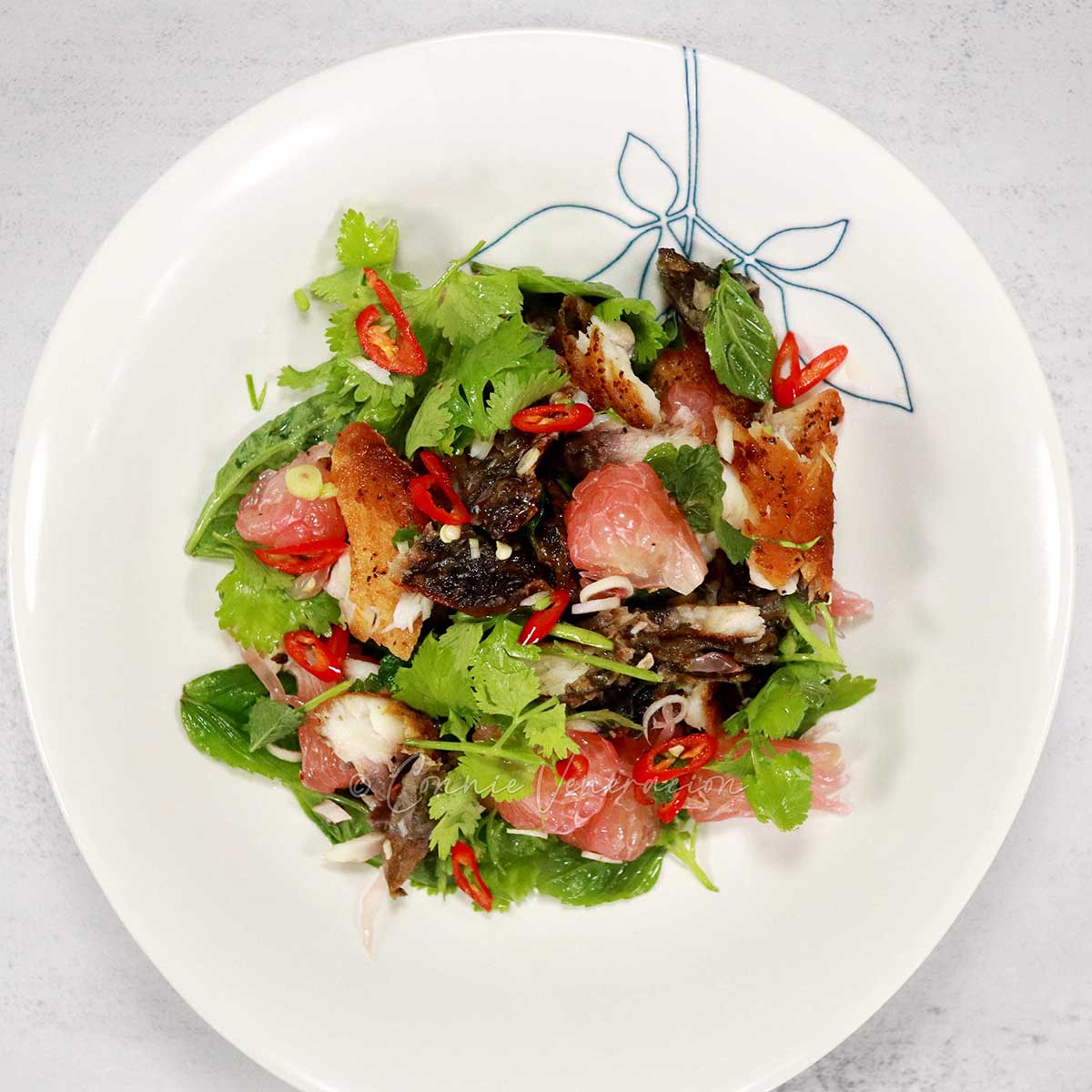 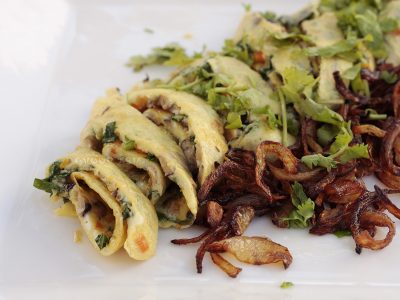