You are here: Home / All Recipes / Spicy Beef Stew a la House of Kimchi

Fifteen years after publishing my first beef stew a la House of Kimchi recipe, here comes the fifth version. We simply can’t get enough of this sweet and spicy stew with fork tender beef cubes. And the sauce is so tasty you’ll want to toss your rice in it!

For those of you who are not familiar with this dish, let me just make it clear that this might not be a traditional Korean dish at all. Most probably, it is Filipino-Korean — an adaptation (or an interpretation) of a version of Korean beef stew by a fantastic cook at the House of Kimchi at the Ali Mall Food Court in Quezon City. That was decades ago.

As of today, according to Google, there are establishments called House of Kimchi but I am not sure if these are reincarnations of the Ali Mall House of Kimchi or if they are just using the “House of Kimchi” name because of the reputation it has built.

Recipe by Connie Veneracion
This is a deconstructed recipe. That means the beef stew was cooked based on how we remember the flavors and textures of the original.The recipe is not much different from the fourth version except that we used a slow cooker this time. That means we didn't have to let the stew sit in the fridge overnight to allow the flavors to blend better. Slow cooking for seven hours made that unnecessary.
Prep Time 15 mins
Cook Time 7 hrs 15 mins
Total Time 7 hrs 30 mins
Course Main Course
Cuisine Asian Fusion
Servings 6 people 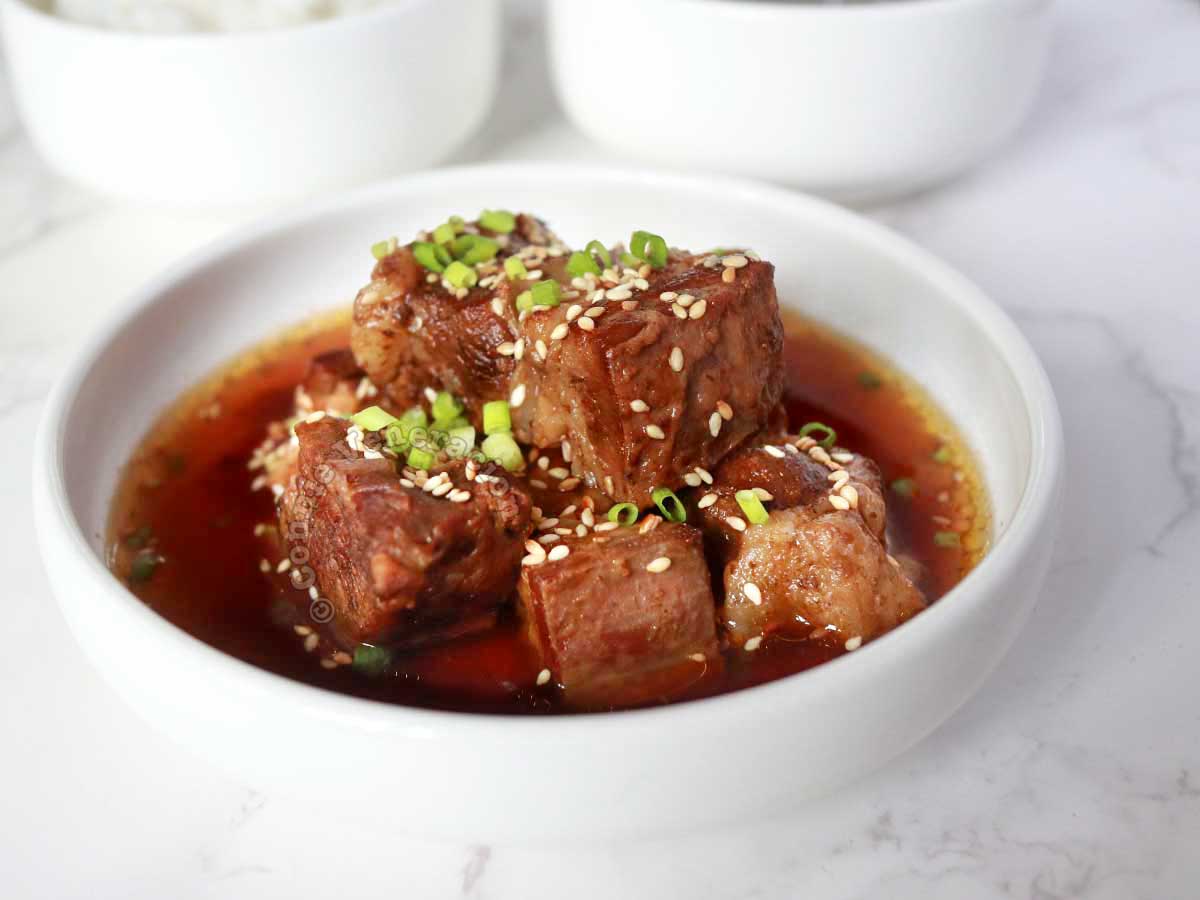 About an hour before the cooking time is up, taste the cooking liquid and adjust the seasonings. You may want to add more soy sauce (or salt to prevent the stew from turning too dark) or sugar, or both.
The recipes published in 2006, 2009, 2017 and 2020 have been retired.
Keyword Beef Stew 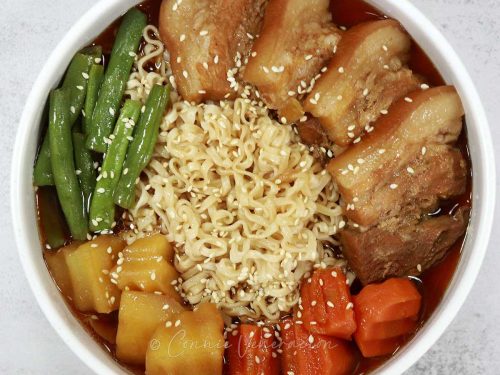