You are here: Home / All Recipes / Slow-fried Crispy Adobo Flakes

It rarely happens that we have unwanted leftover adobo. How can a stew that has sat in the fridge overnight, or even days, be unwanted? It sometimes happens though that we want our adobo with a different texture. Cooking the meat into crispy flakes satisfies that craving perfectly.

The first time I tried it was at a restaurant over a decade ago. The shredded meat, largely unseasoned, was fried to a crisp and served with garlicky soy-vinegar on the side. The texture of the meat was good but I prefer that it be seasoned rather than ladle sauce over it before scooping it into my mouth.

Whoever first thought of transforming Filipino adobo this way, I do not know. But I have a strong suspicion that this was inspired by the Chinese pork floss. Unlike pork floss which is made with sweet barbecue sauce, adobo flakes retain that salty-tangy-garlicky blend that makes the stew such a standout in the first place.

You may used cooked pork adobo or chicken adobo to make crispy adobo flakes. Note, however, that if using chicken, avoid the breast. Use the meat from the wings, thighs or legs instead. And do not discard the skin. This dish needs fat to cook.
Prep Time 10 mins
Cook Time 25 mins
Total Time 35 mins
Course Main Course
Cuisine Filipino
Servings 4 people Depending on the amount of fat in your adobo, you may need to add anywhere from two tablespoons to a quarter cup of cooking oil to cook the meat until crispy. 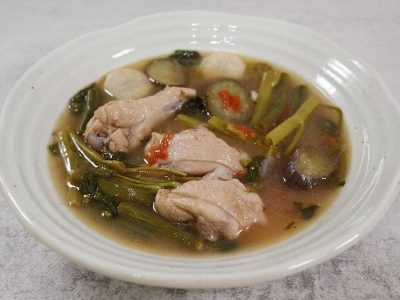 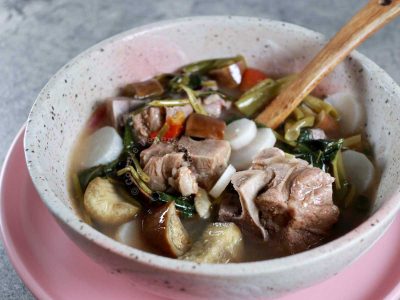