You are here: Home / All Recipes / Pork Ribs Sinigang

A good translation for pork sinigang is “Filipino pork and vegetables in sour broth” but it doesn’t completely capture the essence of this sour dish that is comfort food for most Filipinos.

Although tamarind is the most popular, and common, ingredient for flavoring sinigang, other fruits like kamias may be used. When cooking sinigang with seafood instead of meat, bayabas (guava) is the souring agent of choice.

When cooking sinigang with pork (or beef), choose a cut with bones because it is the bones that make the broth rich and full-bodied. Pork tail is traditional but we prefer ribs or bone-in belly because they are meatier.

As for the vegetables, there are many vegetables that can go into a pot of pork sinigang. Kangkong (water/swamp spinach), sitaw (yard-long beans), talong (eggplants), labanos (radish) okra and gabi (taro) are traditional — add all of them or only some of them, it’s really your choice. For this recipe, we used kangkong, talong and labanos.

Recipe by Connie Veneracion
Because a variety of vegetables are used to make sinigang, it is important to drop them one by one into the pot. The kangkong stalks take longest to cook so they go in first. The eggplants and radish take about the same time to cook so they go in together. Last to go into the pot are the kangkong leaves which require only a few minutes to wilt and get cooked through.As with many Filipino soup dishes, sinigang is served as a main course or a secondary course. The best way to enjoy it is with rice.
Prep Time 10 mins
Cook Time 1 hr 20 mins
Total Time 1 hr 30 mins
Course Main Course, Soup
Cuisine Filipino
Servings 4 people 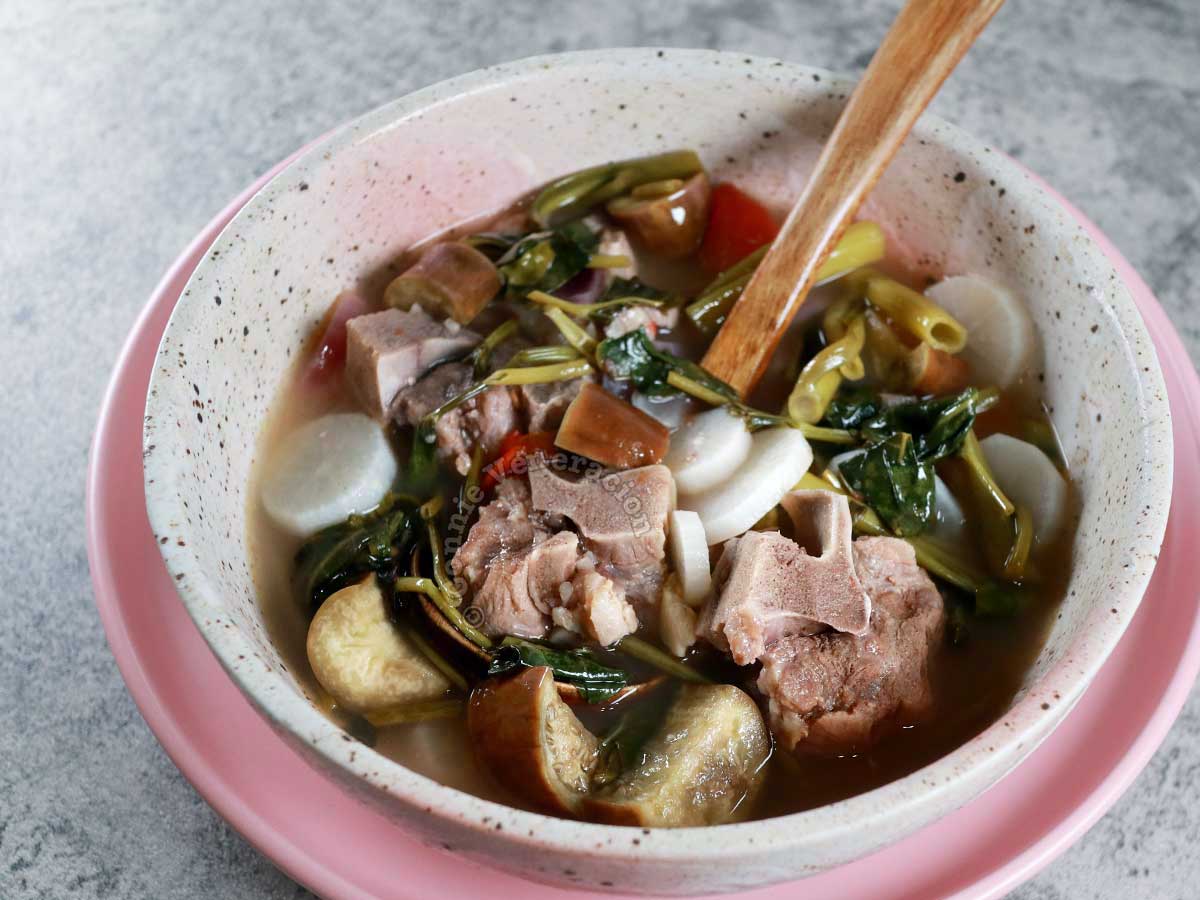 Make the spice base

Season and complete the dish 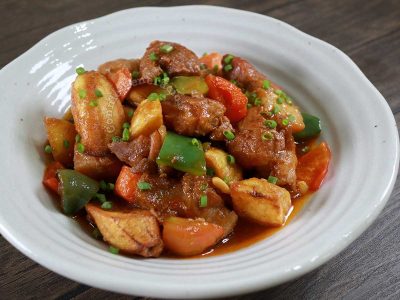 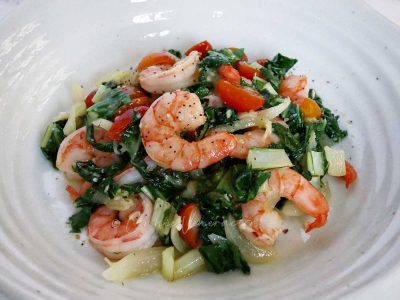 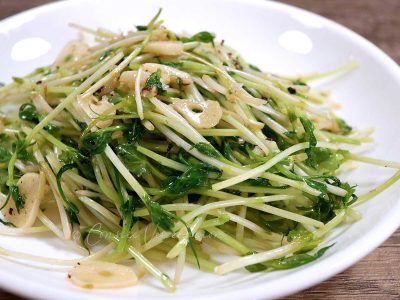 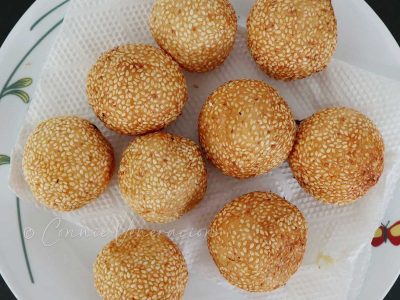