You are here: Home / All Recipes / Pork Bone and Radish Soup

A peasant food so simple and inexpensive, pork bone and radish soup is rarely found in the menu of Chinese restaurants. I have adored Chinese food for as long as I can remember and I wondered why I never heard of it until a few years ago.

Then I reminded myself that it is because I do not know every Chinese dish that exists—it will take more than one lifetime for anyone to completely learn and fully understand Chinese cooking.

China is vast, regional cuisines vary and what we know as Chinese food is more an interpretation and adaptation—a fusion born when Chinese immigrants of old settled in the islands and tried to recreate traditional Chinese dishes using local produce. It is only in China where authentic Chinese food can be had; elsewhere in the world, Chinese food is more local adaptation than authentic.

The recipe for this pork bone and radish soup, therefore, is my interpretation of a deceptively simple dish. Why deceptively simple? Because making this soup is not just a matter of boiling the ingredients. The broth must be clear, not cloudy. And achieving that level of clarity requires the additional step of pre-boiling the pork to remove impurities.

Then, there is the matter of choosing the cut of pork to go into the soup. You need a cut with bones. It is the bones that create a rich and tasty broth. 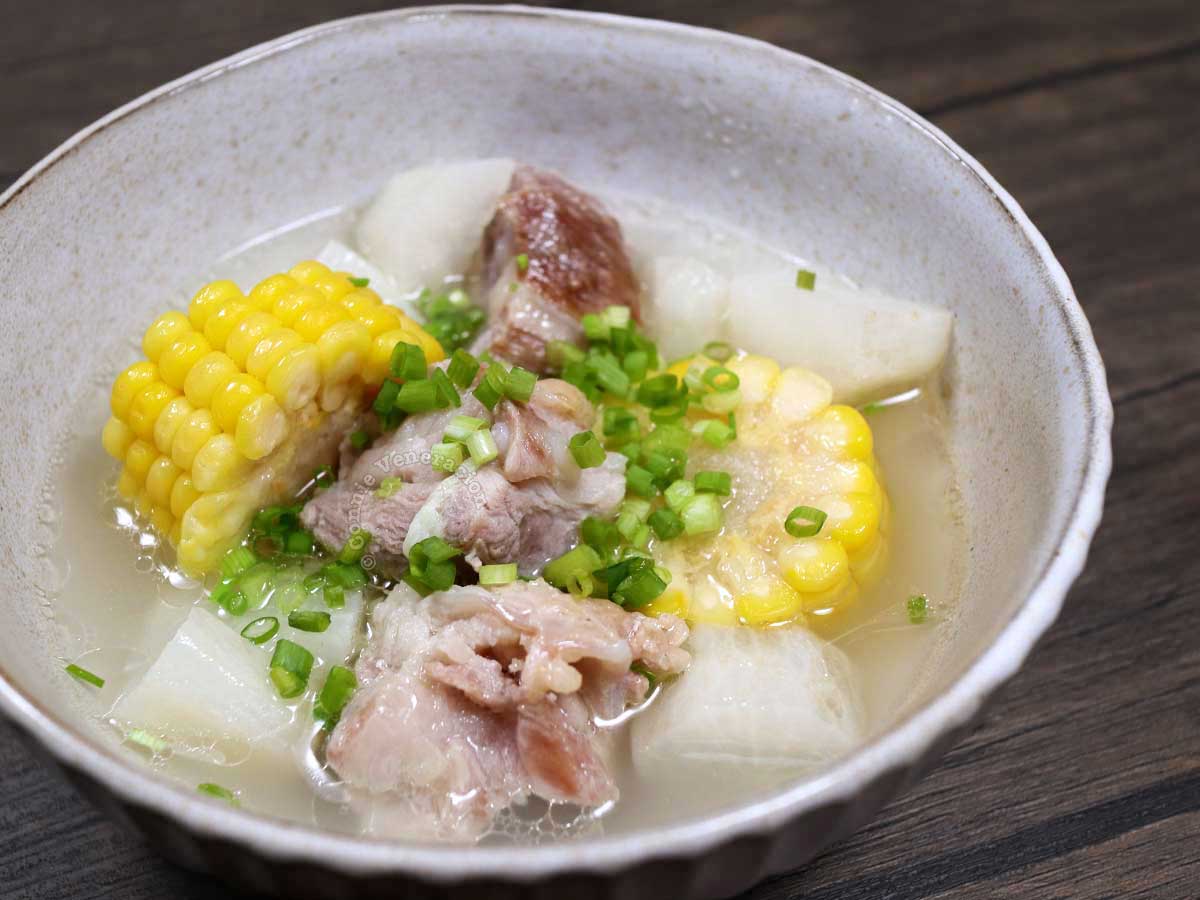