You are here: Home / Food Tales / On the Eve of the Lunar New Year, Some Thoughts About Chinese Food and Superstitions

First, a short explanation about this post. I had been cleaning out my blog databases over the past three weeks. The database of my oldest blog (not this one because this is quite new) was bloated so I decided to split it into three — recipes, cooking tips, and home / garden.

With about 80% done, I slowed down for a bit because… Chiang Mai. But more about Chiang Mai later. I was checking for loose ends, and found some old posts about Chinese food and New Year superstitions.

To my amusement, I realized that my effort to clean the databases at this time of the year echoed a belief associated with the Lunar New Year.

Auspicious? It was purely unintentional. I am not Chinese and I am not supersititious. It was just a curious coincidence.

However, I did find some old posts about Chinese food and New Year food superstitions. I gathered them together because I feel that they mean more when taken together than separately.

The following have been edited (shortened, mostly) and the links updated.

Fortune cookie is not Chinese; neither are lemon chicken and chop suey

My daughter, Sam, opened the box of fortune cookies we bought a week earlier, tore the plastic wrapping of one cookie, cracked the cookie open and pulled out the piece of paper that container her “fortune.”

Then, she open a second and third cookie. Curious, I asked why. She giggled and said she didn’t like the first “fortune” so she kept opening cookies until she got a fortune that she liked. I didn’t think it worked that way but then does anyone really believe that fortunes are found inside cookies?

Since I was very young, I’ve seen fortune cookies in so many movies. And with a very active Chinatown in Manila, which my family has frequented for as long as I can remember, I wondered why I never experienced having fortune cookies served with my meals.

Then, I read Amy Tan’s ‘The Joy Luck Club’ and discovered that fortune cookies aren’t really Chinese. Rather, they were an Asian American invention. And they were originally a Japanese confection. Right — all this time, I saw fortune cookies in American movies, not in Chinese films.”

A reader posted a link to a video of a presentation given by author and New York Times writer Jennifer 8. Lee (if you’ve never heard of her, look her up). Fortune cookies were brought to China and the Chinese did not know what they were.

As to how fortune cookies came to be known as Chinese when they were in fact invented by the Japanese, Lee joked that during World War II, the Americans locked up all the Japanese, including those that made fortune cookies, the Chinese saw the business opportunity and took over.

Might sound like a bad joke but it may not be far from the truth. It was, in fact, around the time of World War II when fortune cookies became labeled as Chinese food.

Anyway, the point really is that much as we Filipinos like to celebrate (we even invent occasions just to have an excuse for celebrating) and considering how the Chinese Lunar New Year has become part of the annual celebrations calendar, it is interesting to ask just how much of what we consider to be Chinese actually originated from China.

Pancit Canton, for instance, a dish associated with longevity and traditionally served on Chinese New Year, is not a Chinese dish but merely a generic name we have given to the many varieties of chow mein.

Lemon chicken which we find in the menu of almost every Chinese restaurant in the Philippines did not originate in China but was the specialty of the former Pearl’s Chinese Restaurant at 148 West 48th Street in New York City and a creation of a chef named Lee Lum.

And, after watching Jennifer 8. Lee’s presentation, I learned a new one – beef with broccoli isn’t a Chinese dish either. It can’t be because broccoli is not native to China.

Toward the end of 2009, we hosted two dinner parties at home—one for my in-laws and another for my girl friends in the UP College of Law. Because everything we served was home-cooked, Speedy and I had to divide the chores between us. I did the cooking; he did the food shopping.

When he got home from a last-minute trip to the supermarket on the morning of December 30, despite looking tired and harassed from the thick crowds and long queues, he was smiling to himself and seemed amused.

There were two women, he said, house helpers it appeared, who were arguing about what to buy and cook for New Year’s Eve. One was about to get some chicken but the other objected and told her, “Naku huwag, ayaw ni Sir n’yan kasi buong darating na taon na isang kahig, isang tuka.” Literally translated, “Oh, no, Sir wouldn’t like that because that means it’ll be scratch and peck (a figure of speech for living in poverty) throughout the coming year.”

Speedy guffawed and asked rhetorically if the scratch-and-speck belief applied to roast duck as well, our main dish for the New Year’s Eve family dinner. And he wondered what superstitions there might be with regard to eating pork—that it should be avoided lest the family eat nothing but kaning baboy (hog feed) all through the following year?

While it can be fun to observe customs and traditions, Filipinos do have a tendency to go to extremes. And the literal translation of figures of speech, like isang kahit, isang tuka, into superstitious beliefs as to what food should be avoided can be truly hilarious.

(1) Prepare 12 round fruits (round shape, like coins, is a symbol of prosperity), one for each month of the coming new year.

(2) Have a very round grape in your mouth at the stroke of midnight.

(3) Eat a native delicacy made from sticky rice to make good fortune stick in the new year.

(5) Don’t have chicken or fish. They are associated with the scarcity of food.

I’m not a superstitious person. If I were, I wouldn’t have served chicken to family and friends on two successive nights so close to the end of the year. But I did serve chicken dishes on both occasions.

On page 40 of The Fortune Cookie Chronicles, Jennifer 8. Lee wrote:

It cannot be denied that the fortune cookie is an odd member of the Chinese dessert family. Traditional Chinese desserts, as any Chinese-American child will tell you, are pretty bad. There is a reason Chinese cuisine has a worldwide reputation for wontons, and not for pastries.

I read that book last year but that paragraph stuck to my mind. I always felt there was something wrong with it. Illogically wrong.

Dessert is a Western concept. While sweets form part of Chinese cuisine, they are usually eaten as snacks and not as a mandatory last course in a meal. And that’s true in most of Asia. So, it’s really insane that when you search Western food sites, there is a category for Chinese desserts. It would be more correct to label them as Chinese sweets instead.

Today, of course, with the Westernization of Asia (which has been going on for more than a century in countries like the Philippines), serving dessert at the end of the meal has become a common practice.

Now, from the perspective of today’s practice, do Chinese desserts really suck?

When I eat at Chinese restaurants, the most common desserts are the ubiquitous almond jelly and tapioca balls and mango. Although, strictly speaking, buchi (sesame ball) is a dim sum dish, it is now commonly served as a dessert.

Admittedly, the Chinese dessert repertoire is not as wide nor as varied as its Western counterparts. Same with most of Asia. Naturally, since dessert is a pretty new concept in Asia.

But while we Asians may have less (and know relatively little about the preparation of Western) pastries, we have more in terms of fresh fruits most of which are available all year ’round. And this abundance has resulted in the practice of serving slices of fresh fruit for dessert.

1. Desserts of slices of fresh fruits require very little preparation. We Asians can have dessert without contributing too much to the greenhouse effect.

2. Fresh fruits have natural but no additional sugar. By today’s health standards, they are healthier.

3. Fruits may not be fancy and they’re certainly no eye candy but they are fresh and natural (I didn’t say they’re all organic), and they’re friendlier to the digestive system.

I don’t think that’s pretty bad. Not at all. 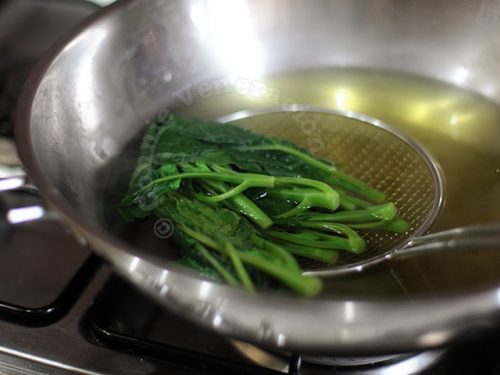 What is blanching and how is it different from parboiling? 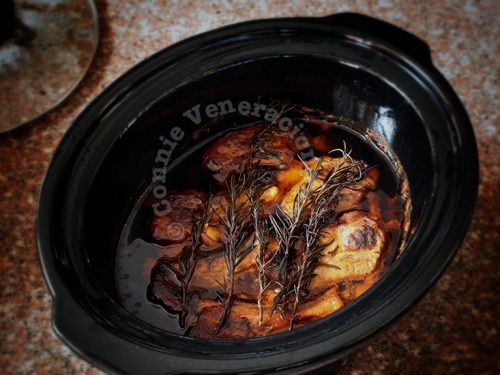