You are here: Home / All Recipes / Oden

Another Samurai Gourmet-inspired dish, our version of oden is a fusion of Japanese and Korean.

What is oden? Not a soup, not s stew, but something in between. Comfort food for people in many parts of Asia, oden is easy to make at home because most of the ingredients are bought pre-cooked.

Fish cakes and balls, and all their iterations, are available in the frozen section of most Asian groceries. Do not look for “oden” in the labels though because these ingredients are more often called “hotpot” ingredients. In some cases, you can buy a pack with assorted cakes and balls. In other cases, you may have to buy each ingredient separately.

If using dried shiitake, soak them in hot water for an hour before you start cooking.

The fried tofu in the ingredients list is just fried firm tofu cut into bite-size pieces. We used Korean fish cakes (odeng) which we cut into strips and wound with short bamboo skewers. You may skip the skewering part totally. We just did it for optics.

Oden is traditionally cooked in an earthenware pot. Ours is rather small and had we cooked the oden in it, the result would have been oden for two instead of oden for four. We’re four in the family so we had to cook the oden in a regular but larger pot.

Recipe by Connie Veneracion
Oden, a one-pot Japanese fish cake dish, is a cross between a soup and a stew. The ingredients vary from region to region, and there are Korean and Taiwanese versions of the dish too as both countries were once colonized by Japan. This recipe has the classic Japanese broth but adds Korean-style fish cake.
Prep Time 10 mins
Cook Time 30 mins
Total Time 40 mins
Course Main Course
Cuisine Asian Fusion, Japanese, Korean
Servings 4 people 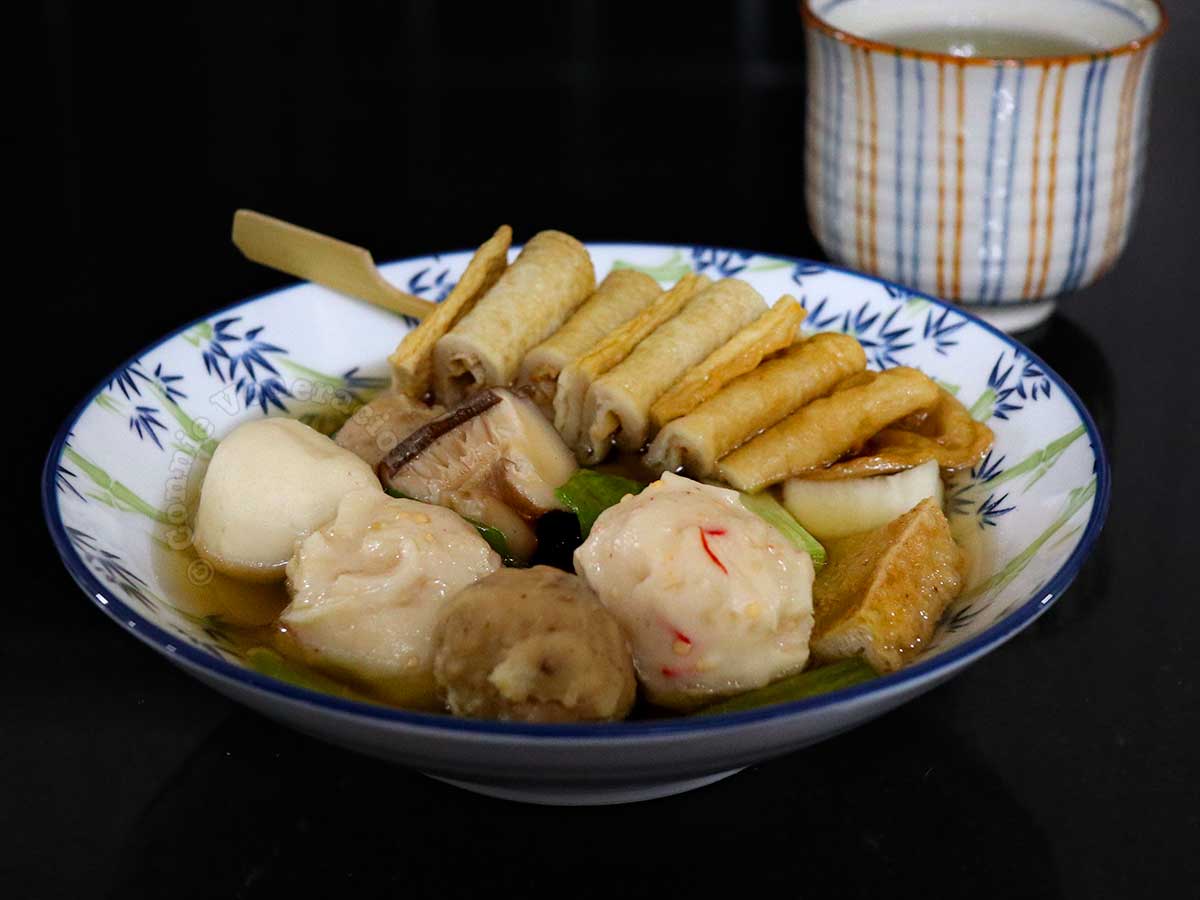 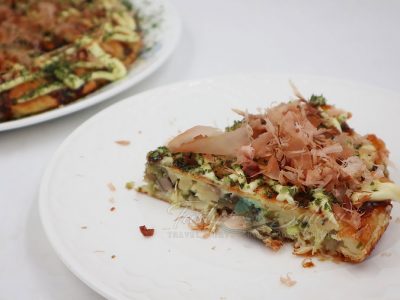 Are Katsuobushi and Bonito Flakes the Same Thing? 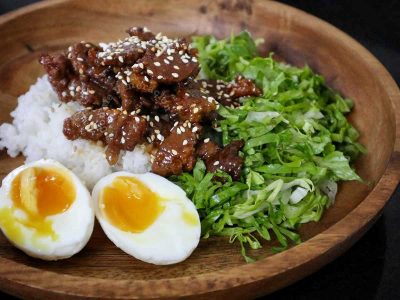 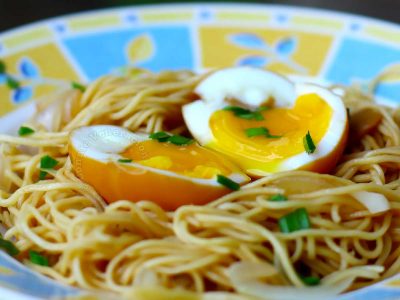