While japchae is classified today as a noodle dish, its earliest form did not contain noodles at all. Originally, japchae was a stir fried mixed vegetable dish.

17th century Korea. It was the reign of Gwanghaegun, the 15th king of the Joseon dynasty. As a bit of trivia, the popular Netflix series Kingdom took place during the Josean era, a few years after the Japanese invasions between 1592 to 1598. Gwanghaegun reigned from 1608 to 1623. Based on the timelines, Gwanghaegun would be the king at the time the zombie plague in Kingdom. But let’s not mix up history with fiction, right?

So, Gwanghaegun was king and he had a court favorite, Yi Chung, who liked to regale the king with unusual dishes (what a suck-up, if you ask me, but that’s how to stay alive in the royal court). One time, there was a banquet and Yi Chung presented the king with japchae (“jap” means to mix; “chae” means vegetables), a dish of mixed vegetables and mushrooms.

The king loved the dish so much, japchae became a favorite dish at the royal court, and Yi Chung was promoted to a high-ranking position — the equivalent of the Secretary of Treasury (a suck-up, I told you).

The popularity of japchae spread to the masses, and it became a dish served at festivities and celebrations. Noodles weren’t added until the 20th century.

Recipe by Connie Veneracion
Today, japchae (jabchae, chapchae or chapchee) is a sweet-salty Korean stir fried noodle dish that uses dangmyeon, a thick and extra chewy cellophane (glass) noodle. As japchae has evolved over the centuries, the popular ingredients that go with the noodles are spinach, shiitake and beef. You may substitute pork and other vegetables. But for an authentic japchae, stick with dangmyeon and the correct seasonings.
Prep Time 20 mins
Cook Time 20 mins
Course Main Course
Cuisine Korean
Servings 6 people 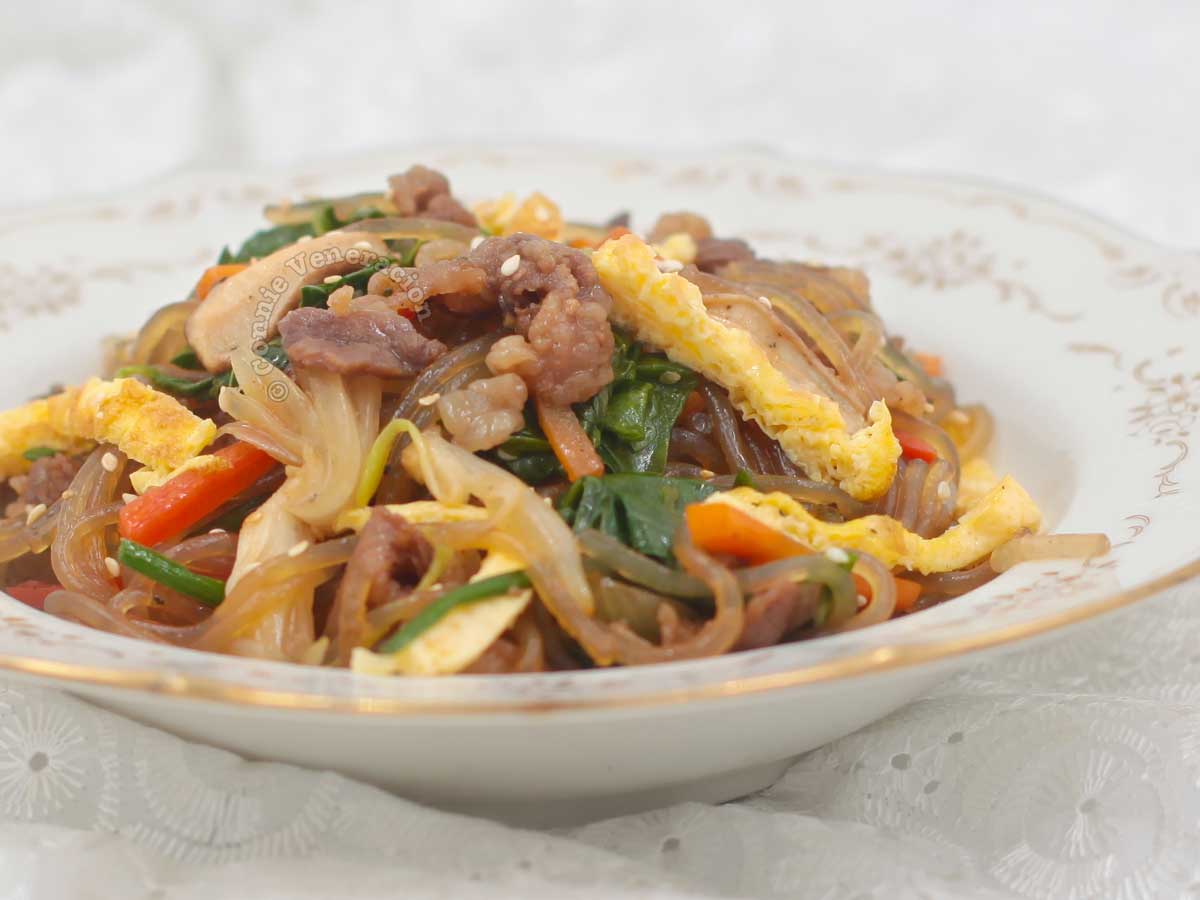 The noodles and meat 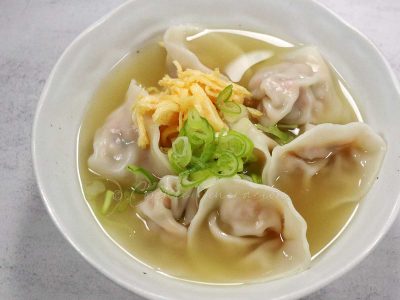 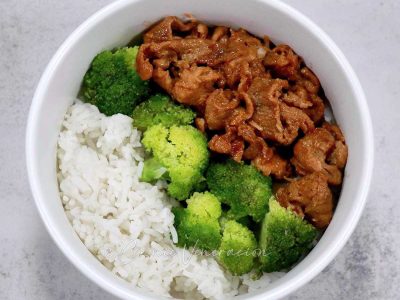 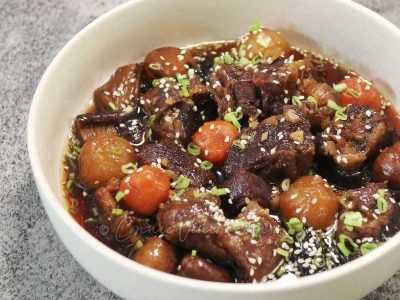