In Cooking, Lemongrass is Cymbopogon citratus

There are several kinds of lemongrass and they do look very similar to each other. But only Cymbopogon citratus (and Cymbopogon flexuosus to a lesser extent) is used as food.

Lemongrass has a citrusy aroma very similar to that of lemon and, hence, the name. The fragrant smell of lemongrass also makes it popular for making essential oils. Additionally, it has a long history in herbal medicine. But since this is a food blog, we’ll just focus on its use as food.

So, the name of this plant consists of two words and the “lemon” part has been covered. Why it is referred to as a “grass” should be sufficiently explained by the photo above. Lemongrass grows like a tall grass with long thin leaves called spathes. These spathes are covered with hairy spikelets which can cause skin irritation. And that’s probably one of the reasons why only the lower portion of the lemongrass stalk is commonly used in cooking.

The spathes are cut off and discarded leaving only the light colored portion of the stalk. The outer layers are peeled off to reveal the smoother interior which is then cut according to what a dish requires. The stalk can be thinly sliced and sauteed or it can be pounded into a paste as part of the spice base of a dish.

Recently, however, in a cooking class in Chiang Mai, we learned that although the spathes of the lemongrass are not edible, they can still be added to broths and stews. Like the lower portion of the stalks, the spathes also have a lot of flavor in them.

Take a a stalk or two of lemongrass, tie into a knot and tuck in loose ends. Add to soups and stews. You may optionally discard it before serving the dish.

Recipes for dishes with lemongrass: 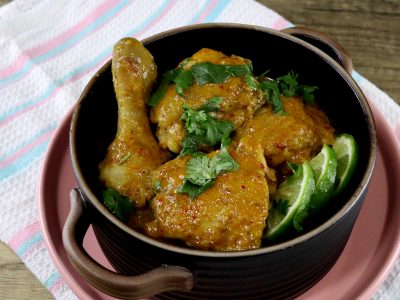