You are here: Home / Food Tales / How We Make Banh Mi at Home

How We Make Banh Mi at Home

We make banh mi at home occasionally but this version with roast pork belly filling, inspired by a comment made by our Saigon street food walking tour guide, is the best so far.

In Saigon, while we were enjoying our banh mi during the street food walking tour, Finn, our tour guide, remarked that back home in Soc Trang City on the Mekong Delta, banh mi filling was roast pork belly. He said it in such a way that although he was talking to us, he was also talking to himself, quite dreamily, as though his heart and soul had momentarily left the streets of Saigon and had been transported back in time. I’ll never forget that moment. The tone of his voice, the look on his face…

After finally deciding to document how we make banh mi at home, I deemed it proper to pay homage to that moment. This is banh mi with roast pork belly just like the way Finn described the banh mi in his home town on the Mekong Delta.

We must have made banh mi half a dozen times since the Vietnam trips but none of those occasions proved to be the proper time for documentation. Alex was experimenting with the bread and it took quite a few attempts to replicate the texture of Vietnamese baguette.

See, making banh mi at home is not as simple as buying baguette from a bakery and stuffing it with filling. Vietnamese baguette is different. It is smaller than its French ancestor, for one. But it’s the texture that really sets it apart.

The crust of the Vietnamese baguette is thinner and flakier. Press the bread between your fingers and the crust will easily crack in dozens of places.

The inside is softer and airier too that once you start piling on the filling, it gets pushed back into the crust as if to make space for all the things you want to put inside the bread.

And it is that characteristic, that capacity to make room, that makes it possible to put in so much filling into a Vietnamese baguette and still be able to press the top and bottom halves together with none of the filling falling off.

We wanted to replicate that at home. And Alex finally baked the perfect Vietnamese baguette.

The vegetables and condiments

Like the Saigonese banh mi that we love, the flavor base of our homemade banh mi consists of liver pate and mayonnaise.

The vegetables are a combination of fresh and pickled. French cilantro and julienned cucumber, and pickled carrot and radish.

For the seasonings, we use four condiments. First, there are two mixed salt condiments that I bought in Hanoi — one with chilies and the other with lime — that are lightly sprinkled over the fillings. The mixed salts are followed by liquid seasoning (note that, in Vietnam, Maggi liquid seasoning is the default) and chili sauce.

How we assemble banh mi at home

The baguette is split open, one side is smothered with mayo and the opposite side with liver pate.

The drained pickled carrot and radish go in next.

Next to go in is the roast pork belly. We like our meat so, yes, we put in a lot.

The torn cilantro goes on top of the pork.

The mixed salts are sprinkled in and, finally, a drizzle of liquid seasoning and chili sauce.

And the banh mi is ready to be devoured. 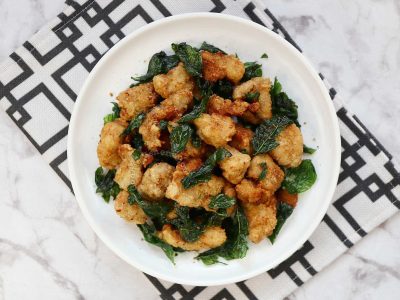 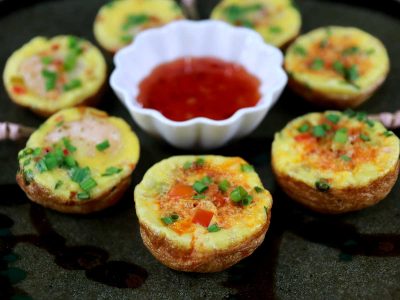