You are here: Home / Kitchen Tales / Cooking Techniques / How to Julienne Vegetables

How to Julienne Vegetables

When a recipe calls for julienned vegetables, it simply means that the vegetables are cut into “matchsticks”. It’s simple enough if you think about it but there is a tedious way and an efficient way to do the job.

The fastest, most efficient and most convenient way is to use a food processor. But if you’re just julienning a piece of carrot, do you really want to bother taking out the machine, snapping in the correct blade, washing, drying and then putting everything back again?

It will probably take less time to do the job manually and you’ll have only a knife and a cutting board to clean afterward. Besides, what kind of cook doesn’t possess the most basic knife skills? This, then, is how to efficiently julienne vegetables with a knife and cutting board.

If the vegetable needs to be peeled, start by peeling it. Carrots, for instance, usually requires peeling. After the skin has been discarded, slice the carrot thinly — about an eighth of an inch or thinner.

Take several slices, as many as you can conveniently manage, and stack them.

With the fingers of one hand pressing down the stack of carrot slices, start cutting into strips as thin as the slices.

And you have julienned your carrot.

Any firm vegetable can be julienned.

Eggplants can be julienned.

As with the carrot, start by thinly slicing the eggplant. Then, stack the slices and cut into matchsticks.

Some vegetables, like bell peppers, cannot be sliced the way you would carrots and eggplants. Just remove the seeds and white pith, cut into manageable and uniform portions, stack and cut into matchsticks.

And that is how to julienne vegetables.

But what about leafy vegetables? If they are cut into thin strips, is that julienning too? Well, if the strips are longer and thinner than a matchstick, the more proper term would be chiffonade.

A few recipes with julienned vegetables: How to Cook, Lesson 8: Creative Cookery (a.k.a. Cooking With No Recipes) 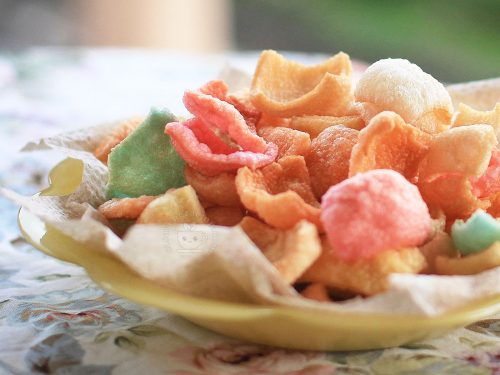 What are Prawn Crackers (Shrimp Puffs) and How are They Cooked? 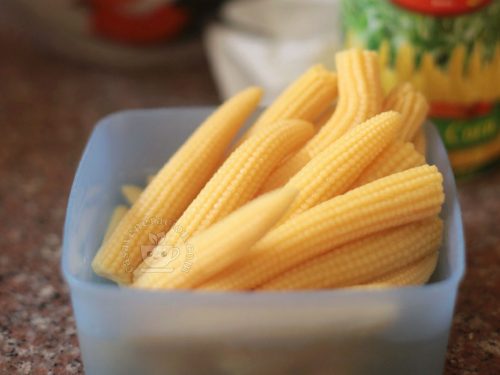 What is Young (Baby) Corn? How Do You Cook It?