You are here: Home / Kitchen Tales / Cooking Techniques / How to Cook Congee (Rice Porridge) Minus the Myths

Asian rice porridge, or congee, can be cooked with water or broth. It may be thick or thin. The rice grains may still be visible or not. Meat, seafood, seasonings and garnish may be placed on top or served on the side.

All that may sound strange to people who have only tried one kind of congee and who have right away decided that it is THE congee and no other variation is real congee. To those people, I say: go around Asia, eat congee in every country (make sure to pay attention to regional variations) and then reassess your position.

Congee has only two ingredients: rice and liquid

It’s true. And yet, it’s not as simple as it sounds. The variety of rice you use and the liquid in which it is cooked are crucial.

What rice variety is best for cooking congee?

In essence, congee is rice overcooked in liquid. The purpose of overcooking the rice is to allow it to release starch which gets mixed with the cooking liquid to create a porridge.

In other words, it is essential to use rice with high starch content.

As a general guide, know that the shorter the rice grain, the starchier it is. Therefore, long grain rice like basmati is NOT ideal for cooking congee.

Can brown rice be used for congee?

In a nutshell, yes.

Is the cooking method different? No, but there is an added step in the preparation. Soak the brown rice prior to cooking. Place the (rinsed and drained) brown rice in a bowl, added enough water to cover then let the grains soak (in the fridge) for several hours. After that, cook it as though it were white rice.

Which is better for cooking congee: water or broth?

If congee is meant to be served like plain rice, it is best cooked with water and left unseasoned to keep its flavor neutral. That way, if you pair it with intensely flavored meat, seafood or sauces, the texture of the congee becomes pronounced and it becomes complimentary to everything else it is served with.

If congee is meant to be served like a soup, better make sure it is well seasoned. For richness, ditch the water and use broth — bone broth, fish broth or shrimp broth will all work.

What is the ideal proportion of rice to liquid?

A lot of websites state strict ratios. One cup rice to ten cups liquid… etcetera. DO NOT PAY ATTENTION.

The correct ratio of rice to cooking liquid will always vary depending on the rice or rice combination you’re using.

Think of it this way:

Newly harvested rice contains more moisture than rice that came out of the mill six months ago. Try cooking them in separate pots (use the same rice variety for an even more controlled experiment) using the same amount of liquid and subjecting them to equal length of cooking time. Just see what happens.

Should congee be cooked over low or high heat?

The truth? Both work. But there is a difference in the cooking method.

If cooking congee over low heat, occasional stirring is required, the bottom of the pot scraped to loosen grains that may be stuck there.

If cooking congee over high heat, it has to be stirred more often to loosen rice stuck on the bottom of the pot. Over high heat, stuck rice will scorch faster so you have to stir every few minutes. You will most likely need to add more liquid too during the cooking because there will be more evaporation.

You can also cook congee in a slow cooker. Less evaporation. No stirring.

How long is the cooking time?

Whether you cook your congee over low or high heat, or in the slow cooker, the length of the cooking time depends on the texture you’re aiming for. The cooking time will be shorter if you want the rice grains to be visible. Cook longer if you want a mushier and smoother congee.

As an illustration, the slow cooker congee above took four hours to cook. An hour on HIGH then three hours on LOW, and you can still see the rice grains.

Knowing all that makes one realize that there is so much wiggle room in cooking congee.

Here are some experiments I’ve done with congee.

Turmeric congee with bacon and egg

While most Westerners like to pair their bacon with bread, pancakes or waffles, it is not unusual for Filipinos to enjoy their bacon and eggs with garlic fried rice. I thought I’d play around with this rice-bacon-egg combination. Instead of garlic fried rice, I ladled thick turmeric-flavored congee into bowls and topped the rice with strips of fried bacon and poached eggs. Pretty darn good breakfast.

I’ve tried adding coconut milk to congee and the result was terrific.

Simply use less water or broth than usual so that the congee is really thick. Pour in the coconut milk when the congee is done, how much depends on how creamy you want the result, simmer for another five to ten minutes.

To serve, instead of the more common sliced shallots for garnish, try thinly sliced Thai basil which goes very well with coconut milk.

There is a photographers’ community on Facebook called Foodtography where someone posted a photo of a bowl of congee pretty much like what you see here. I drooled over that photo and promised myself that I’d make my version.

Premature chicken eggs? Yes, eggs that have yet to form shells which are still inside the hen (usually culled hens). They are sold together with gizzards, livers and egg sacs. A delicacy in the Philippines.

Congee recipes to try and love 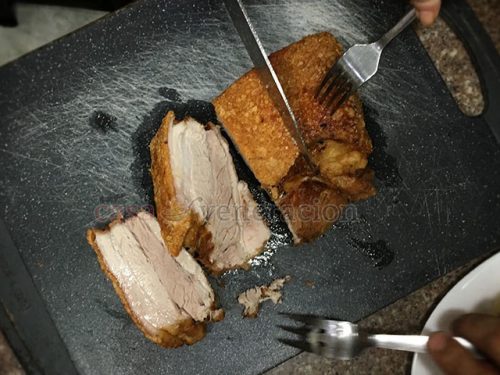 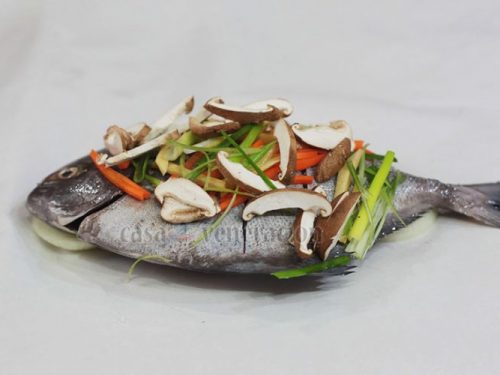 How to Cook, Lesson 1: Know Your Ingredients 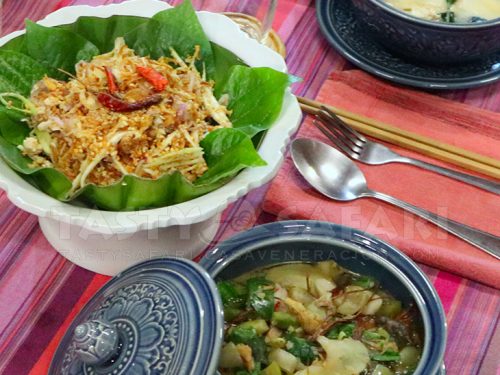