I grew up with coconuts in the backyard quite literally. My grandmother grew coconut trees. I drank the juice and eaten the meat from the fruits that those coconut trees bore. My own daughters’ first taste of coconut water and meat came from those trees too. And I’ve been cooking with coconut milk for as long as I’ve been cooking. And that’s a really long time. So, yes, I’ve learned a lot about coconuts over the years.

The coconut belongs to the family of palm trees. The term “coconut” itself is used to refer to the tree or the fruit. The fruit is a drupe, not a nut.

Just like any fruit, the coconut goes through various stages of development during its lifespan. The husk is a bright green when the coconut is young and, as it ages, it turns brownish. The meat inside differs in texture depending on the age of the fruit. The flavor of the water, or what we call coconut juice, also varies with the age of the fruit.

The very young coconut above with its thin, translucent meat — so thin and translucent that the husk shows through — is best scooped from the husk and eaten directly or stirred with the coconut water for a refreshing drink. At this stage, coconut meat is soft and gelatinous.

The water from a young coconut is naturally sweet.

The meat of the coconut above is thicker but still tender enough to be scooped with a spoon and eaten from the husk. This is the texture that is best for making desserts like buko pandan and buko pie.

As the coconut matures, the meat thickens and toughens — too tough to be eaten directly from the husk. The meat of mature coconut is grated.

Here in the Philippines, when we need grated mature coconut (niyog), we simply go to the market and buy it — freshly grated. Yes, freshly grated — it is grated right there and only after an order has been placed.

So, first, we choose the size of the coconut (larger means more grated coconut meat). Small, medium or large. The small ones cost less than the large ones, naturally.

Then, the vendor splits the husk with a bolo (think machete).

He then turns on the machine for grating. How do I describe the machine? A large basin is cut at the center where a metal rod with a ridged head is inserted. With the basin on its side, the machine is turned on, the rod rotates and the meat of the split coconut is pressed against the rotating head in a circular motion.

The grated coconut falls down on the basin which catches it. The grated coconut is then gathered and bagged. The customer pays for it and goes home. The grated meat is used for cooking (see beef rendang recipe), as garnish for various sweet dishes (see palitaw recipe) or pressed to extract coconut milk.

In other parts of the world where such machines are not customarily used, I have seen cooks crack the husk of a mature coconut with the blunt side of a bolo or other heavy duty knife, take the tough meat out, chop it into small pieces then throw the pieces into the blender or food processor to grate the coconut meat.

How to extract coconut milk

Coconut milk is an ingredient of many Southeast Asian dishes — from marinades to stews to desserts. To make coconut milk from scratch, you need grated mature coconuts.

For the second extraction, add a cup of warm water to the grated coconut. Squeeze gently to rehydrate and coax any remaining cream. Then, repeat the procedure above.

For the third extraction, add another cup of warm water and repeat.

Obviously, the first extraction is the richest while the third is the thinnest. They have specific uses in Southeast Asian cooking.

There are cooks who prefer to use a piece of muslin or cheesecloth for extracting coconut milk. The grated coconut is placed at the center of the cloth, the edges of the cloth are gathered and tied, and the bulging portion that contains the grated coconut is squeezed over a bowl to expel the milk. Using muslin or cheesecloth ensures that no pieces of coconut fall into the milk so there is no need to strain it.

How to make coconut cream

Place the coconut milk in a bowl and cover loosely with a piece of muslin or cheesecloth, making sure that the fabric does not touch the surface of the milk. Put in the fridge and leave for several hours or overnight.

The cream will float to the top leaving the water underneath. Scoop out the cream and discard the water.

Use coconut cream as you would dairy cream. It has become a popular substitute for keto dieters.

Did you know…? That coconut jam in your kaya toast is made from coconut milk!

If you’ve ever been to Singapore (or if there’s a good Singaporean joint in your neighborhood), you’ve probably experienced the joy of eating kaya toast.

It’s the emblematic breakfast dish of Singapore. Soft boiled eggs drizzled with soy sauce and toast slathered with butter and coconut jam. That jam when well made is almost like a custard. Did you know that the jam is made from coconut milk?

Coconut jam is ubiquitous in Southeast Asia. In some regions, including Singapore, it is cooked with eggs (hence, the custard-like texture) and often flavored with pandan. The eggless version like the Philippines’ matamis na bao is thicker and stickier.

Coconut oil is used for cooking as well as for making soap and other cosmetic products. If you’ve ever wondered where in the fruit you can find the oil, well, you can’t. You have to make it.

To make coconut oil, start by grating mature coconuts. Then, extract coconut milk from them. Allow the cream to float on top as described above.

Take the coconut cream (discard the water) and heat in a pot. Low heat with constant stirring. The solids will curdle and brown (and become what Filipinos call “latik”), and separate from the oil. Strain the oil and store until needed. The “latik” you sprinkle on top of sticky rice cake.

The photo above was taken in the province of Laguna where coconuts grow abundantly. Not surprisingly, it was in Laguna where buko pie was first sold. On the top row are jars of coconut vinegar. On the two bottom rows are bottles of lambanog in different flavors.

Lambanog is an alcholic beverage known for its potency (it is sold in 80 or 90 proof variations). It is primarily produced in the Quezon Province of the Philippines, or about 143 kilometers southeast of Manila. The lambanog making process has been a tradition passed down through generations of coconut plantation farmers in this region. In fact, the Mallari distillery was established in 1918.

The process begins with the coconut tree — “the tree of life.” As with most fruit-bearing trees, flowers turn into the fruit. Lambanog making trees never produce fruit, because it is the sap from the coconut flower that is the crucial ingredient for this unique coconut wine. Plantation workers called mangagarit climb the coconut trees every afternoon to prune the flowers so that their sap drips into bamboo receptacles called tukil. (This process is analogous to rubber tree tapping.) The next morning, the mangagarit returns to collect the sap from these receptacles. The sap is then put through a cooking or fermentation process, which produces a popular coconut toddy called tuba. The tuba is then taken and distilled to produce lambanog. Until recently, lambanog was primarily an local drink, much like home-made apple cider or backwoods moonshine. Lambanog is widely enjoyed by the locals of the Quezon province, and festive occasions are incomplete without the traditional “tagayan” or wine-drinking. While the “tagayan” can take on different forms, the most common kind involves taking turns drinking out of a single glass set in the middle of the group.

And right there in the middle of the second paragraph in the blockquote is the difference between tuba and lambanog. After fermentation, the coconut sap becomes tuba but only after the tuba has been distilled does it qualify as lambanog.

How do tuba and lambanog differ from basi and tapuy?

And how do tuba and lambanog differ from basi and tapuy? Basi is fermented sugar cane juice. Tapuy is made from rice.

Like tuba, basi and tapuy are not distilled which makes them less potent than lambanog.

So, I think I’ve exhausted all food and edible derivatives from the fruit of the coconut tree. There is one other part of the coconut tree that is edible — the heart — which is a local delicacy. We call it “ubod” and it is popularly used as filling for fresh spring rolls.

Heart of palm is cooked as a vegetable. It is harvested from the core of the palm which often results in the death of the tree.

Contrary to misleading references to ubod as “coconut heart”, ubod does not come from coconut trees exclusively although the heart of the coconut palm is the most well-known variety.

There are parts of the world where coconuts don’t grow. Coconuts like hot climate. So, in regions where there are harsh winters, you won’t find coconuts growing anywhere. If you live in a place where coconut does not grow, how can you enjoy coconut?

There’s desiccated coconut and coconut flakes. You can cook with them and bake with them but, unfortunately, they won’t give you the fresh coconut experience.

Coconut water is now sold in cartons and bottles, and they’re exported globally.

As for coconut milk… There’s coconut milk powder. And there’s canned coconut milk and cream. How good are they? For starters, they have weaker flavor and aroma.

I’ve used both and decided that coconut milk powder is more versatile than canned. How thick or thin I want the milk can be controlled by dissolving the powder in as little or as much water.

Canned coconut milk is not as sweet as fresh. The upside is that you can make coconut cream with canned coconut milk. Place the unopened can in the fridge until cold. Open it and you’ll see the cream floating on top of the water.

And that ends my guide on coconut eats and drinks.

Recipes with coconut and / or coconut milk / cream 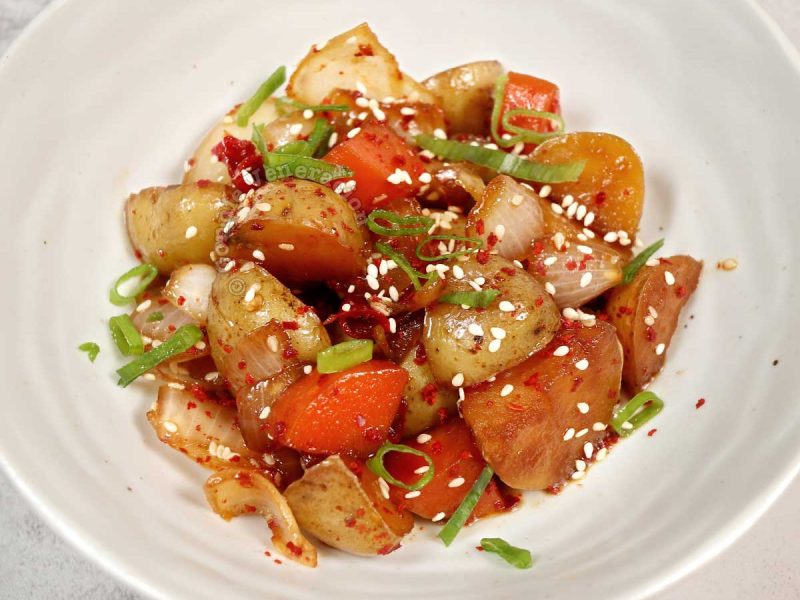 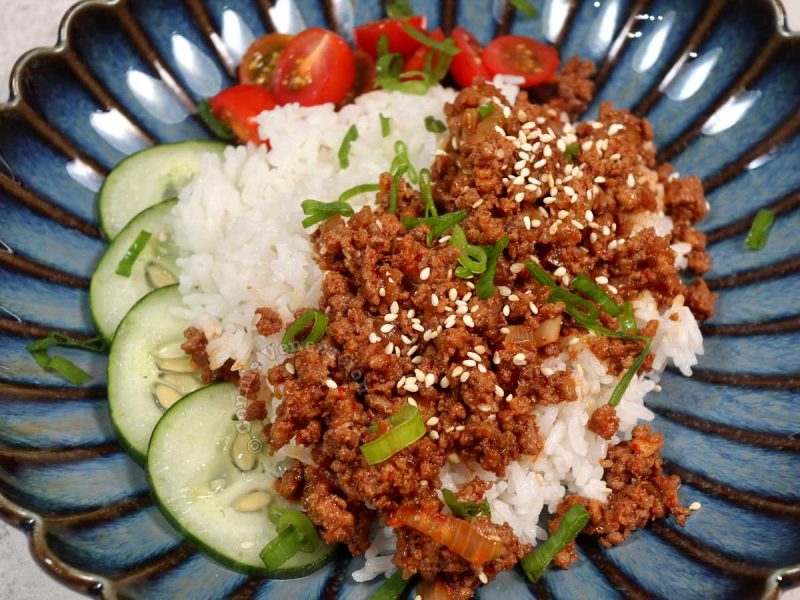