You are here: Home / All Recipes / Ginger Pork and Shiitake Ramen

So we’re still using up our stock of instant ramen in the pantry and my daughter, Alex, came up with this idea of adding browned ground pork seasoned with dashi, mirin, ginger and a bit of sugar. It’s similar to shigureni except that the saltiness is derived from dashi rather than soy sauce.

The seasoning from the packet of instant ramen was stirred into the water in which dried shiitake mushrooms were soaked to make the broth. Blanched greens and pickled ginger (gari) complete the noodle soup dish. 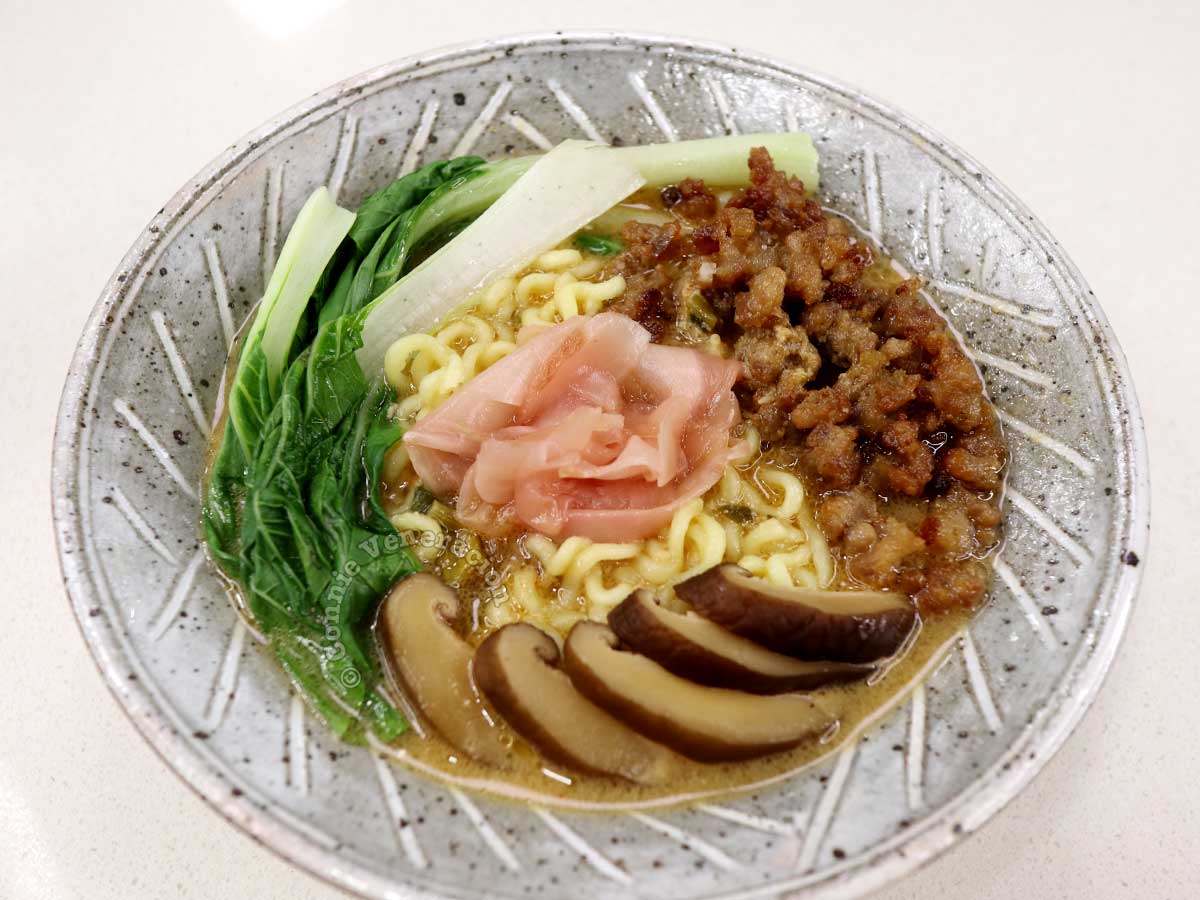 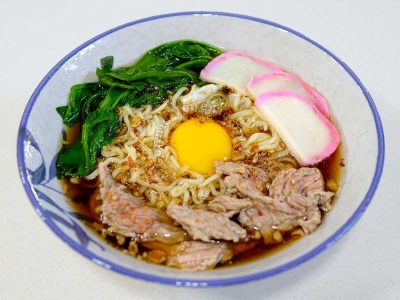 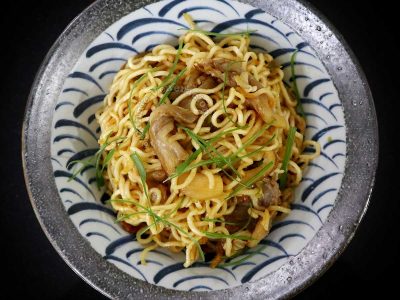