You are here: Home / Kitchen Tales / Garam Masala is a Spice Blend

Garam Masala is a Spice Blend

Garam masala which translates to “warm spice mix” is an ingredient often used in South Asian cooking. It isn’t one spice but a blend of several spices.

Cumin, coriander, cloves, peppercorns, bay leaves, cinnamon, star anise, cardamom, chili, turmeric and nutmeg are some of the common ingredients although not all of these are always used together at the same time. On the other hand, additional spices, or even herbs, are sometimes added. It always depends on what dish you want to add garam masala in.

Oh, it’s complex. Given the number of spices in it, there is no singular adjective to describe how it tastes much less how it smells.

What is important to note is that just because it is a South Asian ingredient doesn’t necessarily mean it will add tons of heat to the cooked dish in which it is added. Spicy, after all, is not the equivalent of hot. Confused? Let me explain.

The use of the word spicy to mean hot is something that originated in American English usage. In North America, the most prevalent spices are pepper and chili, and both are hot. So, spicy and hot become synonymous. In fact, the association had led to chilies being referred to as chili pepper even though chili and pepper come from different plants.

Just so it’s clear: garam masala is spicy but not hot although it might have traces of heat IF chili is among the ingredients.

You can buy ready to use garam masala in powder form. We used to do that. The problem with powdered spice and spice blends is that the shelf life is short. Once ground, spices lose their potency fast. Since garam masala is used rather sparingly, if you buy a packet, you had better use the contents within a week or two. After that, you won’t get optimum results.

So, at home, we make our own garam masala. Well, my daughter does. She keeps a supply of dried whole spices, takes what she needs for a dish and grinds the spices as needed. For instance, when her father cooked Indian-style fried spicy eggplants, she ground the spices for the garam masala just a mere few minutes before her father mixed the spice paste.

Making garam masala from dried spices is not a complicated process. You just need the correct spices, a frying pan to toast them in, and a mortar and pestle. The Japanese mortar and pestle (the mortar is suribachi; the wooden pestle is surikogi) makes the job even easier. Of course, you can always resort to a mini-food processor.

If you decide to make your own garam masala, know that there is no universal formula for the spice blend. Some mixtures contain more spices than others and the ratio of the ingredients can vary. Yes, it can be confusing and even daunting. On the flipside, you can customize your garam masala. Less heat? More earthiness? You have total control.

Recipe by Connie Veneracion
Tweak according to your preference. And that means you have to familiarize yourself with the flavor and aroma of each and every ingredient. When you've done that, you'll understand that "spicy" and "hot" shouldn't be used interchangeably when describing spices.
Prep Time 10 mins
Cook Time 5 mins
Course Spice Blend
Cuisine South Asian
Servings 4 tablespoons 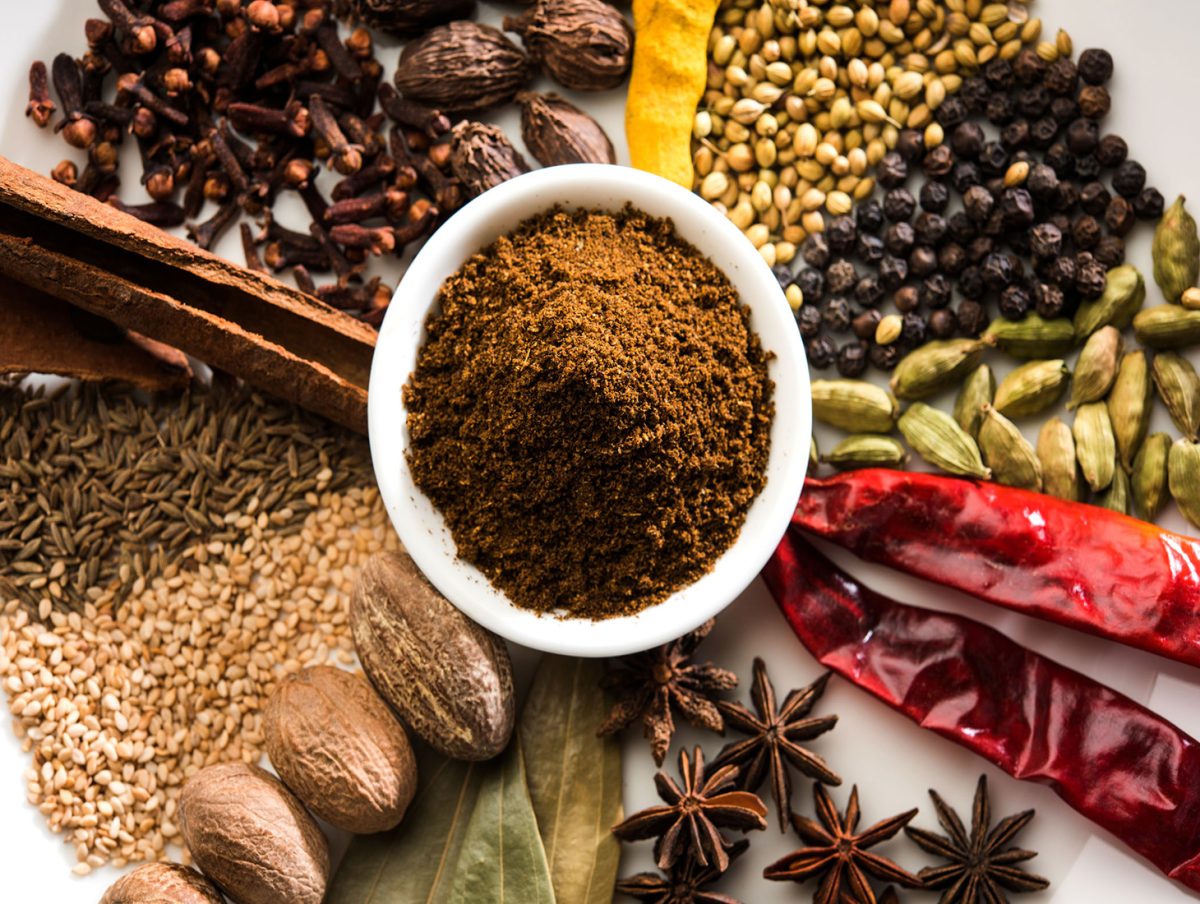 When toasting spices, keep the heat low. You’re toasting them to heighten the flavor and make them give off a smoky aroma. There is, however, a thin line between darkly toasted and burnt. The best way to avoid burning the spices is to keep the heat low.  Store excess garam masala in an air-tight jar at room temperature away from the sun. Use within a week or two.
Keyword Spicy
Published: September 17, 2020 • Last modified: October 6, 2020 ♥ Kitchen Tales Pantry Staples, Herbs & Spices