You are here: Home / All Recipes / Congee with Crispy Mushrooms

Battered oyster mushrooms are fried to a crisp and dropped into a hot bowl of congee for an invigorating breakfast. A sprinkle of aonori and spicy furikake adds both vibrance and edge.

If you can top rice with almost anything to create an Asian-style one bowl meal, you can do the same with congee. And while egg and boiled chicken or meat are the most popular congee toppings, I have discovered that crispy toppings make congee even more exciting.

Of course, the idea of using crispy toppings for congee is not new. In Chinese cooking, it’s not unusual to find fried wonton skins or tofu, or both, in a bowl of congee. Delicious, really. The interplay of textures with every spoonful makes a delightful mouth feel.

But wonton skins and tofu are both bland. What if the crispy element in my congee were more flavorful? And what if there was something else beyond the crispiness? Deep fried battered oyster mushrooms are lightly crisp on the surface but subtly chewy inside. Wouldn’t that make a better topping for congee?

Recipe by Connie Veneracion
If you intend to serve this for breakfast, the best way to cook the congee is in the slow cooker, overnight, using the lowest setting.In theory, just about any mushroom can be battered and fried, and used as topping for congee. But oyster mushrooms, the variety used here, are unique because they have plenty of crevices to catch the batter and make it stick better.
Prep Time 5 mins
Cook Time 10 mins
Course Breakfast, Snack
Cuisine Asian
Servings 4 people 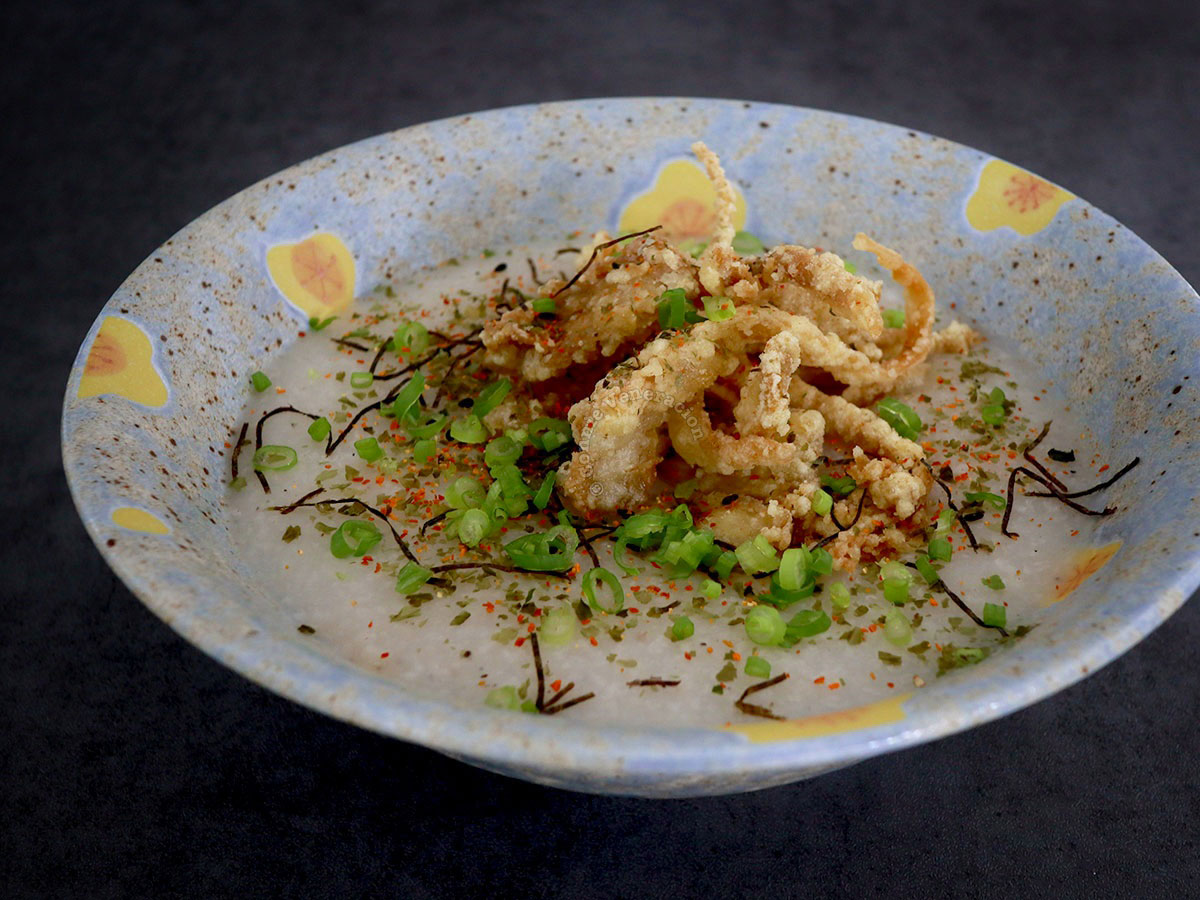 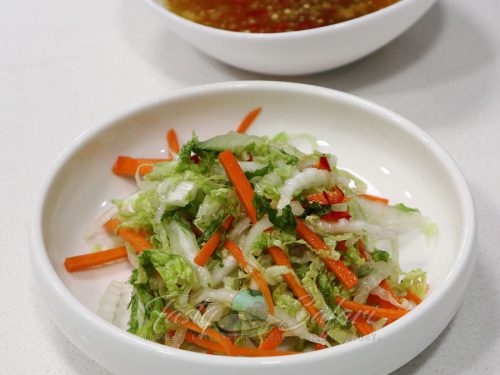 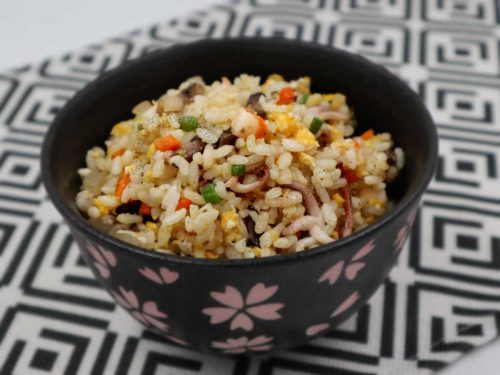