You are here: Home / All Recipes / “Claypot” Chicken Rice

Because our traditional earthenware is too small to cook a meal for four, my “claypot” chicken rice was cooked in a cast iron pan. Chinese sausage, mushrooms and bok choy complete the dish.

It’s a complete meal but not exactly a one-pot dish because the chicken was seared and the sauce was cooked in another pan. You may, of course, opt to do everything using a single pan. I must admit that the idea crossed my mind. Brown the chicken in the cast iron pan, pour off the oil, make the sauce in the same pan and pour it into a bowl before spreading the rice. But the procedure is more tedious. Using two pans just seemed more practical.

Although there are multiple steps in the preparation of “claypot” chicken rice, it is not a difficult dish to pull off. Simplifying the recipe by cutting down on those steps might make cooking easier and faster, but the result will not be as good.

The key here is organization. Prep what need to be prepped ahead of time. Season the chicken six hours before you intend to start cooking. Soak the mushrooms half an hour before you start browning the chicken. Some recipes call for soaking the rice as well, but I have an alternative for that.

Is a cast iron pan the only alternative to the traditional claypot? A Dutch oven or any heavy casserole will do too. Just make sure that you use a heavy pan with a thick bottom. And you’ll want one that isn’t too deep and wide enough so that you have plenty of surface area to arrange the chicken, sausages, mushrooms and bok choy on top of the rice.

Recipe by Connie Veneracion
For better flavor, the chicken was marinated for six hours prior to cooking.For better texture, the chicken was browned before it was arranged over the rice.Chinese broccoli or mustard leaves may be used instead of bok choy.
Prep Time 20 mins
Cook Time 40 mins
Marinating /steeping time 6 hrs
Total Time 7 hrs
Course Main Course
Cuisine Chinese
Servings 4 people 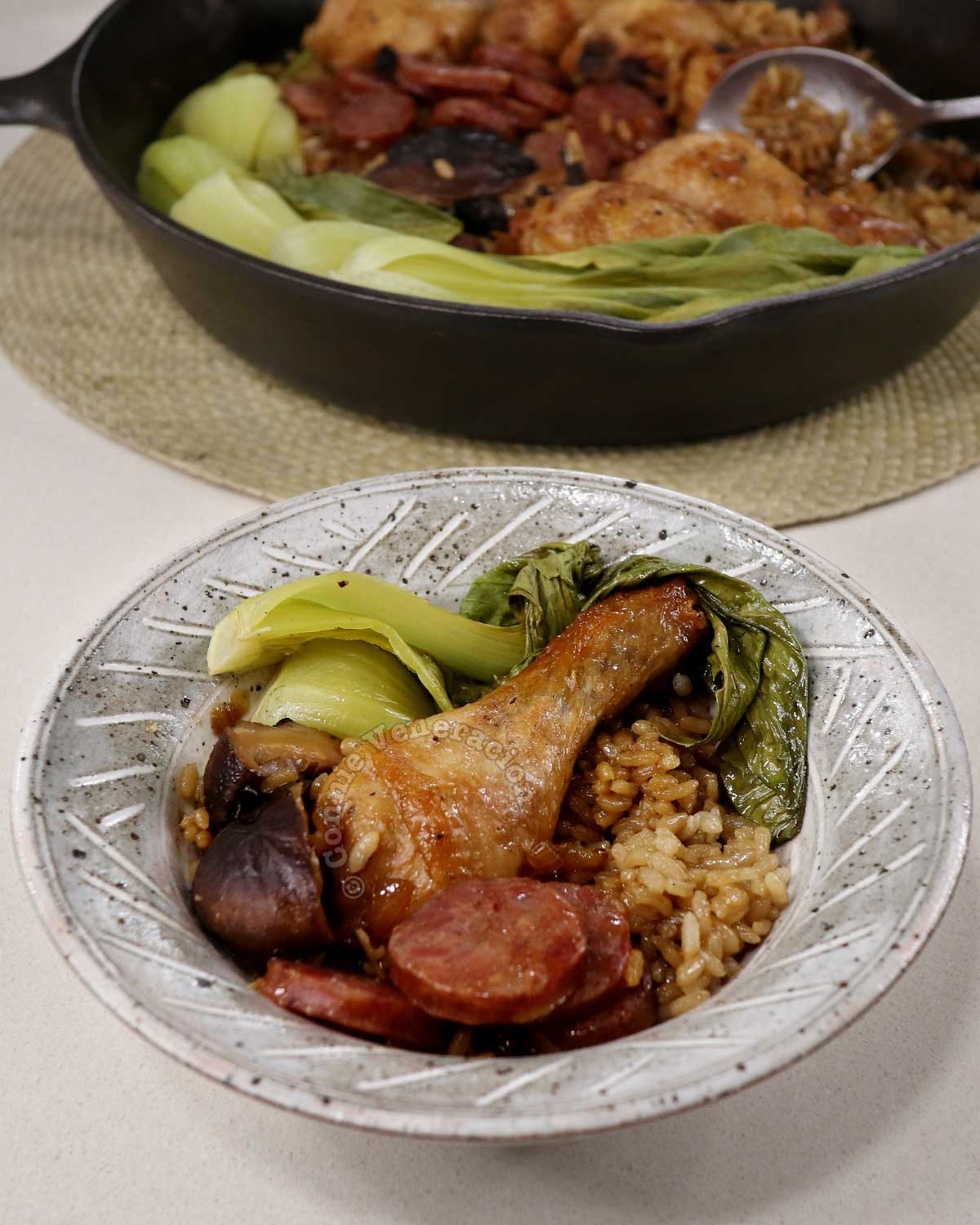 To brown the chicken and make the sauce

How much water you need to add during the last stage of cooking depends on the age of your rice. Newly harvested rice needs much less liquid to cook in than rice that had been allowed to dry for much longer.
Keyword Chicken, Rice 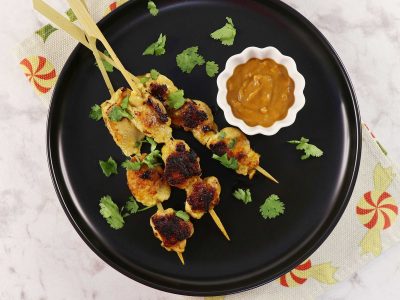