A soup that illustrates what I love about Chinese cooking. It’s not about using the most expensive ingredients but about combining readily available produce in small amounts to cook a superb dish.

In this recipe, Chinese spinach is combined with shrimps and mushrooms. Hence, the logical choice for the broth is seafood-based. You may use small pieces of chicken or pork in place of the shrimps, and choose the appropriate broth. 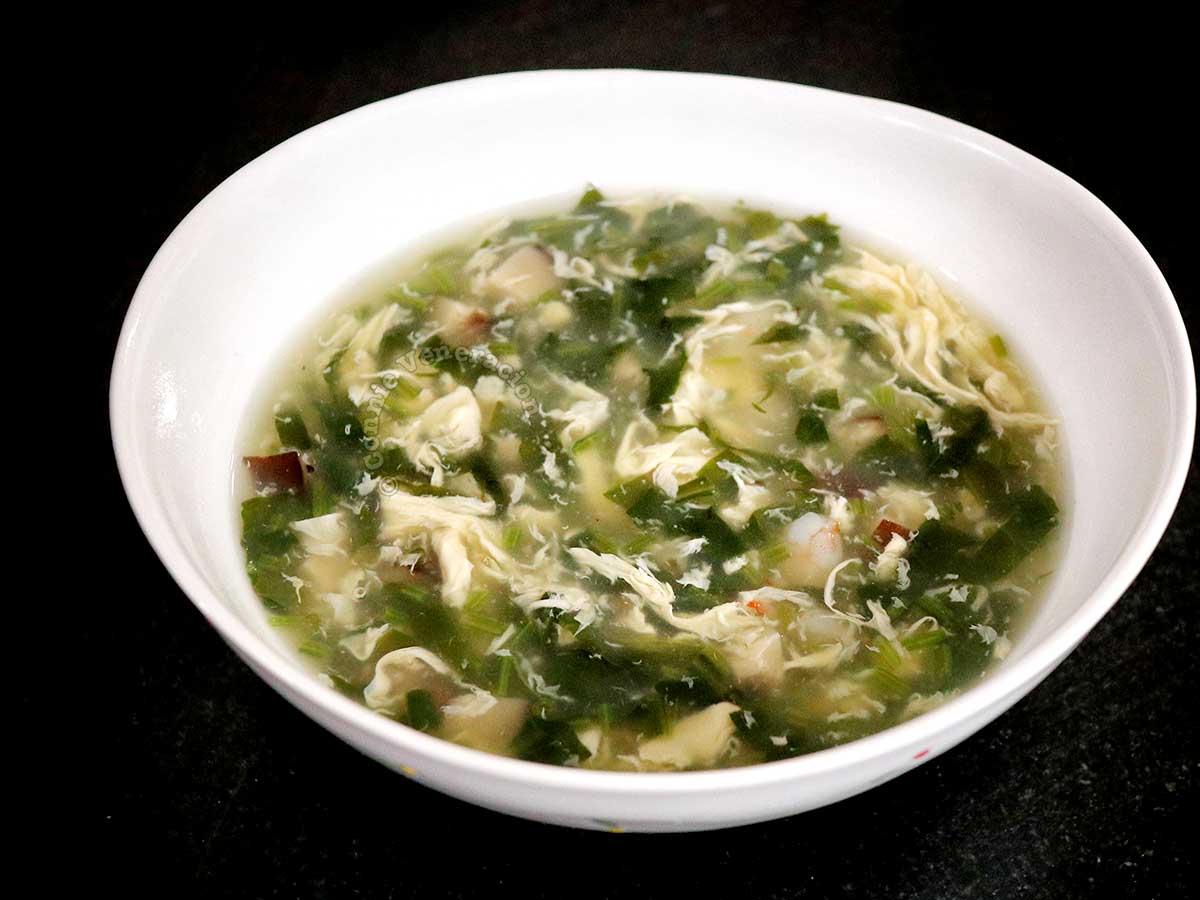 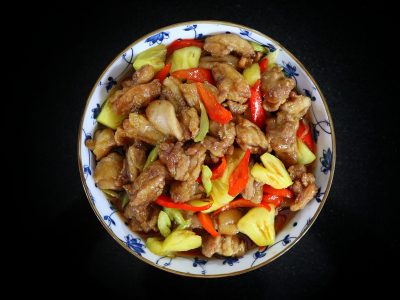