You are here: Home / All Recipes / Bulalo Soup

In Filipino cooking, bulalo refers to three things: the cross-cut of bone-in beef shank, the marrow in the beef shank bone or the slowly simmered meat and vegetable soup it is often cooked into.

Bulalo soup in a nutshell

While bulalo is essentially just beef and vegetable soup, a dish found in most beef-eating regions in the world, what makes it so special is how it is served. Instead of cutting the beef into serving-size pieces, the cross-cut of shank is served whole with the bone marrow exposed.

And, when no short cuts are employed, the broth is a joy to behold. Beef shank contains planty of tendons that partially melt into the broth during the long and slow cooking. Seasoned with fish sauce at various stages of cooking, the gelatinous broth is rich in flavor and texture.

Where did bulalo soup originate?

There is no clear documentation as to where and how the dish originated. It is associated with the province of Batangas where beef production is an important industry.

Bulalo is also identified with the city of Tagaytay in the province of Cavite. Mostly situation on a ridge overlooking Taal lake and volcano, bulalo joints — from humble carinderias to posh touristy restaurants — can be found in Tagaytay.

How is bulalo soup eaten?

As with many soup dishes in the Philippines, bulalo is served as a main course rather than as a starter. It is served in an oversized bowl with a generous amount of broth and vegetables. Rice is served alongside it, the meat and vegetables are scooped into plates with rice, and broth is ladled over everything.

Who gets the marrow? In fancier joints, each diner gets a shank bone with marrow inside. Long narrow spoons (much like bar spoons) or popsicle sticks are provided for scooping out the marrow.

At home, someone picks up the whole bone, invert it on a plate or bowl and tap it until the marrow falls off. Then, the marrow is divided into as many people sharing the meal.

Recipe by Connie Veneracion
The key to making a good bulalo soup is to use the correct cut of beef. It has to be bone-in shank. How much meat is attached to the shank is a personal choice. But the bone has to be cut crosswise, and the marrow should be intact.Long and slow cookig is required. Stirring is not a good idea especially if both ends of the bone are open. You really don't want the precious marrow falling out prematurely and melting into the cooking liquid.
Prep Time 15 mins
Cook Time 2 hrs 15 mins
Total Time 2 hrs 30 mins
Course Main Course, Soup
Cuisine Filipino
Servings 4 people 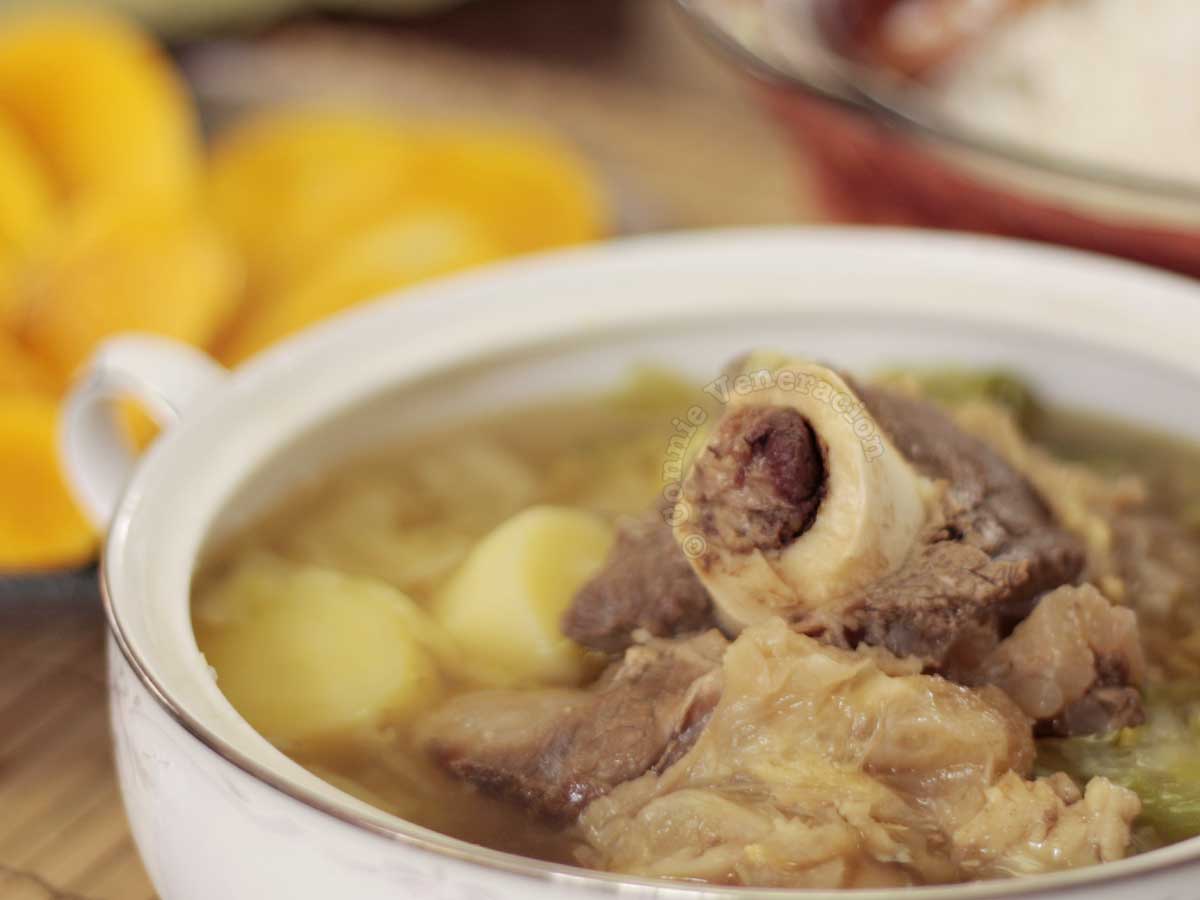 Updated from a recipe originally published in May 5, 2009
Keyword Beef, Bone marrow, Soup 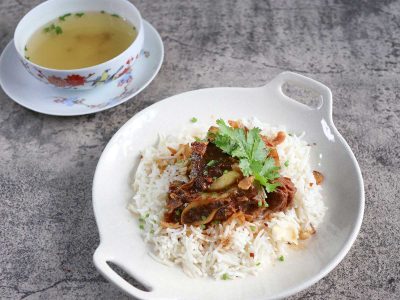