You are here: Home / All Recipes / Bok Choy and Mushrooms in Oyster Sauce

There are many Chinese recipes for bok choy and mushrooms. There are stir fries and soups while others simply require blanching. Some include oyster sauce among the ingredients; others do not.

My recipe is a combination of two cooking processes. The bok choy was blanched in boiling broth while the mushrooms were stir fried with garlic.

Is it a main dish or a side dish. You decide. The mushrooms are filling, I tell you. But because we like meat in our meal, I served the bok choy and mushrooms with meat and vegetable soup.

Recipe by Connie Veneracion
It's meatless but it's not vegan. If you want to transform it into a vegan dish, ditch the oyster sauce and use vegetarian oyster sauce (available in Asian groceries) which is made with oyster mushrooms rather than real oysters.
Prep Time 5 mins
Cook Time 10 mins
Total Time 15 mins
Course Appetizer, Side Dish
Cuisine Asian
Servings 4 people 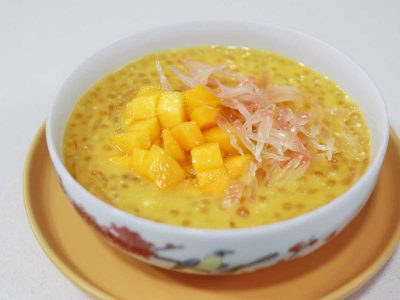