You are here: Home / All Recipes / Bacon and Wakame Onigiri

Cook Japanese rice the usual way (with a rice cooker or on the stovetop), transfer to a shallow bowl and season a la sushi rice. Stir in chopped rehydrated wakame, crispy bacon and toasted sesame seeds, season with a little salt.

The wakame gives off a smell and taste of the sea while the salty bacon adds just enough fat to prevent the dish from having that dry mouth feel. The sesame seeds and oil provide a bold nutty aroma and flavor. The rice vinegar rounds off all the flavors in the dish.

So, so good! Bacon and wakame onigiri is something you’ll want to make again and again.

Recipe by Connie Veneracion
Where did I get the inspiration? From NHK World where many recipes are a lovely mix of traditional and modern, and the results are often fantastic. This crispy bacon, wakame and sesame onigiri is one of those that qualifies as fantastic.Of course, I gave the dish my own spin. Seasoning the rice a la sushi, with rice vinegar and a dash of sesame seed oil, was my idea. So was the addition of toasted sesame seeds. The latter was an attempt to make good use of leftover toasted sesame seeds from the previous day’s mung bean sprouts and spinach salad. Everything just blended together perfectly.
Prep Time 10 mins
Cook Time 20 mins
Total Time 30 mins
Course Breakfast, Snack
Cuisine Japanese
Servings 4 people 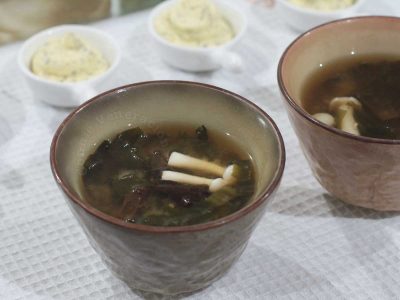 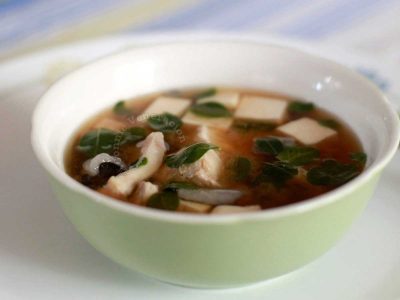