You are here: Home / Food Tales / Bacolod, Revisited: In Search of the Best Napoleones

Bacolod, Revisited: In Search of the Best Napoleones

In Bacolod City, when you go looking for Napoleones, four establishments are often recommended by the locals: Roli’s, Virgie’s, Pendy’s and Bongbong’s.

According to Gary, a classmate from the U.P. College of Law who was born and raised in Bacolod, Roli’s was the first Napoleones seller. The rest either imitated or improved on the product.

Roli’s may be the first to sell Napoleones in Bacolod City but the pastry definitely wasn’t invented there. It wasn’t even invented anywhere in the country.

The pastry known as Napoleon is more popularly called mille-feuille in France. The term literally translates to “a thousand leaves” which describes the layers of thin, flaky puff pastry that cradles the custard between them.

No one really knows who invented it but the modern version is attributed to Marie-Antoine Carême who, during the early 1800s, was the first chef to introduce the concept of haute cuisine with his elaborate pastries.

This multi-layered pastry is known by different names in various European countries including Belgium, Greece and Spain, and it is found as far as Morocco. Given the colonial history of the Philippines, it is quite logical to presume that it is the Spanish version, the milhojas, that is the ancestor of Bacolod City’s Napoleones.

I have tried Roli’s, Virgie’s, Pendy’s and Bongbong’s. While what is “best” will always be a subjective standard, I have three tests for determining which is the best Napoleones:

1. The flakiness of the pastry;

2. The texture and intensity of sweetness of the custard; and

3. The consistency of the sugar glaze.

Using those three tests, the best Napoleones I had was not from Roli’s nor Virgie’s nor Bongbong’s. Nor Pendy’s either. While I’d give equal scores to the sugar glaze, the Napoleones with the flakiest puff pastry and the creamiest custard came from Cafe Bob’s. And we discovered that by accident.

Cafe Bob’s Napoleones are rectangles rather than squares, and drizzled with chocolate. But it’s not the chocolate that makes them so good. It’s the puff pastry. From the edges all the way to the center, the flakiness is uniformly superb. And it’s the custard too which did not turn into lumps after sitting in the fridge overnight.

That came as a surprise. Cafe Bob’s is famous for its pasta and pizza, but I never heard anyone raving about its Napoleones before. 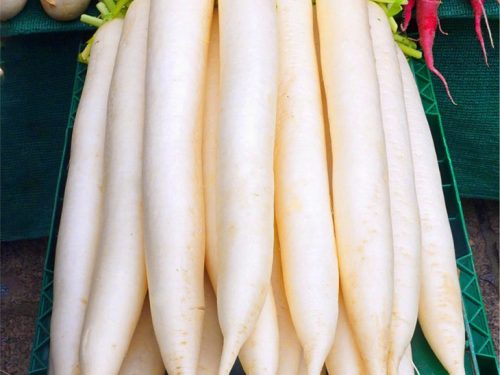 Daikon is a White Radish Native to China and Japan 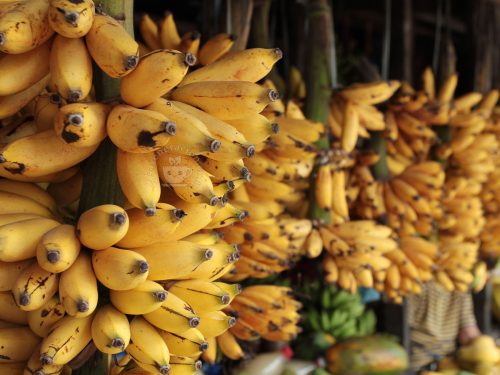